Election 2022 LIVE updates: Anthony Albanese to be next Prime Minister

Our expert team will bring you all the latest updates in a special election night broadcast, starting 7.30pm.

Anthony Albanese has paid tribute to his predecessor and promised to govern for all Australians in his victory speech.

There’s no love lost when it comes to the outgoing French Foreign Minister Jean-Yves Le Drian.

“Congratulations to Anthony Albanese on your election as Prime Minister of Australia,” Johnson said in a statement.

“Our countries have a long history and a bright future together. As thriving likeminded democracies we work every day to make the world a better, safer, greener and more prosperous place.

“As we reap the rewards of our comprehensive Free Trade Agreement, the AUKUS partnership and the unmatched closeness between the British and Australian people, we do so knowing that the only distance between us is geographical.

“I look forward to working with Prime Minister Albanese in the weeks, months and years ahead as, together, we tackle shared challenges and demonstrate the importance of our shared values.”

11.23pm – ‘It’s down to the wire’ for former NSW Treasurer vying for seat of Gilmore

Former NSW Treasurer Andrew Constance is still locked in a tight race for the seat of Gilmore.

He’s ruled out stepping up to be shadow treasurer if elected in the coming days.

“My focus is Gilmore if I can get over the line,” he told John Stanley.

“They’ve been through enough over the last few years, Black Summer through to pandemic, we just want to make sure everyone’s looked out for.”

This is a Greens-slide. The Greens are on track for our best result ever.

People have backed us in record numbers and delivered a massive mandate for action on climate & inequality.

10.50pm – Scott Morrison has officially conceded defeat and will step down as party leader

Scott Morrison has called to concede the election and congratulate Anthony Albanese.

Politics in Australia is “not necessarily a two-party system” anymore after the independents sledgehammered Liberal heartland tonight.

Ben Fordham says the results will be “a wake-up call” for the Coalition.

Press PLAY below to hear his comments in full

10.07pm – “Anthony Albanese will be the next Prime Minister of Australia.”

John Stanley has called it.

“Anthony Albanese will be the next Prime Minister of Australia.

“The question is, will he have a majority government.”

Clear sign of pushback for both major political parties, Labor will form govt but to the people of Fowler in Sth West Sydney, well done for not being taken as fools with parachute candidate Kristina Keneally, see you Monday @2GB873 #Drive

Independent candidate for Fowler Dai Le is feeling confident as she pulls ahead of her Labor rival.

The big story for Ray Hadley tonight is the seat of Fowler, with Kristina Keneally expected to fold to independent candidate Dai Le.

“I mean, she would stop the Southern Aurora, the XPT and the old Sunlander in Queensland,” he said on the embattled Labor politician.

“She fair dinkum can’t win an election, she just can’t get across the line!”

Press PLAY below to hear Ray Hadley’s comments in full

8.10pm – The Labor Party has a lot to celebrate at their Sydney event as the results roll in

Labor Leader Anthony Albanese is watching the election results roll in from a private venue in Sydney.

The Opposition needs to gain seven seats to secure a majority government.

The Defence Minister is in troubled waters as the numbers roll in, showing an early lead for ALP rival Ali France.

Dickson is one of five seats Anthony Albanese has hoped to secure in Queensland.

3AW’s Neil Mitchell has told the panel Treasurer Josh Frydenberg is “reasonably confident” he can hold onto his seat.

“It’ll go to pre-poll and postal and he usually does pretty well on those, as I believe all conservatives do.

“I know Josh is personally confident, if he can still be awake, because he’s been exhausted.” 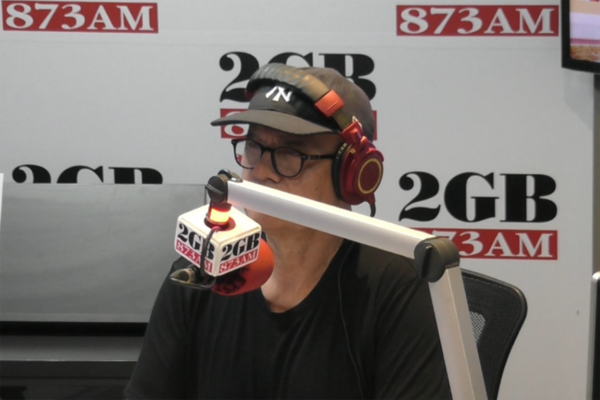 And we’re off! Settle in for a big night as we await the results of a six-week election campaign.

We’ll be crossing to your reporters and politicians’ election night parties across the country.

Tune in for call-ins from Ben Fordham and Ray Hadley as the night goes on!

7.17pm – Queensland and Western Australia expected to tip the scales

Political analysts predict Queensland and Western Australia will play a crucial role in deciding the results of the federal election.

In Queensland, the seats to watch are Lilley and the inner-city triumvirate of Brisbane, Ryan and Griffith.

In WA, Pearce, Swan, Hasluck and Curtin are key.

The nerves have set in at the Liberal Party camp.

At Dave Sharma’s election night function. Plenty of nerves about whether the Liberals have done enough to stop this seat falling to teal independent Allegra Spender. @9NewsAUS @9NewsSyd #AusVotes22 pic.twitter.com/7H5470WvPR

The count is already underway in Villawood, where an extraordinary 130,000 pre-poll votes will be sorted tonight.

The Australian Electoral Commission has 300 staff working through the ballots.

Counting is underway here at the @AusElectoralCom out posted centre in Villawood – 130,000 pre polling votes to get through tonight. 300 staff on deck to make it happen. The electorate of #Fowler is one of the key seats that could be decided here tonight. @9NewsSyd pic.twitter.com/V9WfwNTSZa

3.56pm – Bill Shorten ‘vamping it up for the cameras’ in another democracy sausage decimation

He initially caught attention in 2016 for taking on the middle of the ‘dog first.

3.11pm – Scott Morrison and Anthony Albanese speak about their love of Rugby League

The party leaders have each taken some time from their anxious election-day wait to speak with The Continuous Call Team.

It’s no secret both leaders love their rugby league, so a footy chat was a welcome change of pace!

The PM is popular in his home suburb Lilli Pilli pic.twitter.com/XjyHGw3I3l