Ray Hadley’s first ever interview with Julia Gillard: ‘You left a legacy that rivals any prime minister I’ve dealt with’ 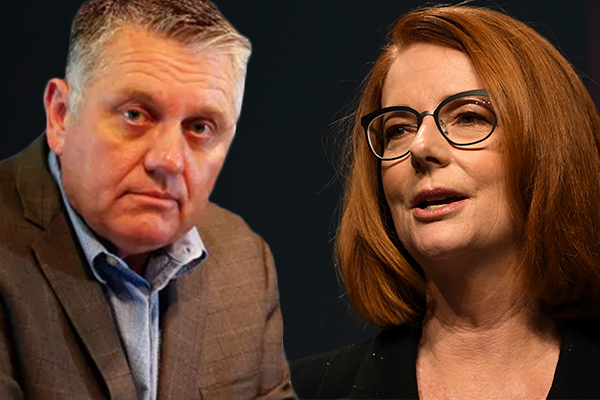 Ray Hadley has paid Julia Gillard the ultimate compliment in his first ever interview with the former prime minister.

In an emotion-filled conversation, Ray tells the former Labor leader she may well have left the greatest legacy of any prime minister he’s ever dealt with.

The two very rarely saw eye to eye over the course of Ms Gillard’s time as the nation’s leader, with Ray one of the loudest voices against her government’s asylum seeker policy.

But, the bad blood was set aside over an issue extremely close to Ray’s heart, the sexual abuse of children.

Ms Gillard was played a significant role in establishing the Royal Commission into Institutional Responses to Child Sexual Abuse.

Ray has publicly thanked her for making it happen and finally got the chance to do so personally.

“I really mean this most sincerely.

He asks Ms Gillard what made her persist with the royal commission when so many others failed to follow through.

“I did agonise over the decision, I did really wrestle with it, it wasn’t an easy one.

“The exposés were mounting, and obviously Ray you’ve been on this issue for a long period of time.

“I agonised with it because I could see the merits of a national enquiry but I also worried that if it didn’t work really really well that it might end up re-traumatising people.

“I knew there was that kind of risk but ultimately came down on the side of saying, ‘…to so many people who have been not believed, told to be quiet, turned away, that this is your opportunity to tell your story and be believed and treated respectfully’.”

Ray also told Ms Gillard what inspired his own crusade against those who abuse children.

“I revealed publicly after my mother’s passing a number of years ago that she was a victim.

“And she was a much-troubled individual for much of her life and I didn’t know until very late in her life why that trouble was in her mind.”