A women’s cricket team has been left in shock when they were fined after hosting a charity cricket match.

But the club was subsequently fined $1000 and had their captain suspended because players wore pink Hawaiian shirts over their normal uniforms.

The Ray Hadley Morning Show contacted the Central Coast Cricket Association (CCCA) to check if the reports were accurate and was repeatedly told it was untrue, that there was no fine and no punishment.

Producers were even told, “it’s amazing what people make up”, and directed to a post on the Central Coast Cricket Association Facebook page congratulating the team on their fundraising efforts. 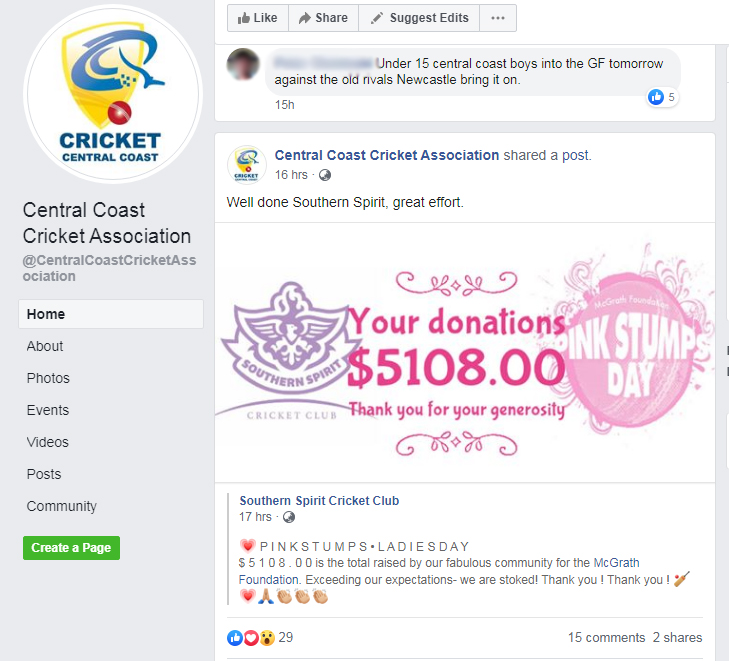 But that post has since been deleted and it’s been revealed the CCCA has in fact been fined the club $1000, suspended its captain for four games and stripped it of all competition points over the charity fundraiser.

The CCCA is no longer responding to requests for comment with Ray Hadley instead directing his queries to Cricket Australia.

On Thursday night, Cricket NSW responded, commending the club’s charitable efforts and saying the fine will now be donated to the McGrath Foundation as well (full statement below).

“It seems the CCCA is lacking not just its decency but honesty as well,” says Ray Hadley.

“Such stupidity can never be applauded, it has to be condemned.”

“Cricket NSW commends the efforts of Southern Spirit Cricket Club to raise $5,000 for the McGrath Foundation.

Cricket NSW also acknowledges the right of the Central Coast Cricket Association to administer the sport in its region.

In this case the Southern Spirit Cricket Club ignored the association’s repeated requests that the Club not wear Hawaiian shirts. The club was subsequently fined $1,000.

Central Coast Cricket Association will donate the $1,000 fine, in the name of Southern Spirit Cricket Club, to the McGrath Foundation.”