The former prime minister and his wife Lucy Turnbull have thrown their support behind a bizarre new Instagram campaign dedicated to unseating Tony Abbott.

Malcolm Turnbull, along with his wife and son Alex have all followed an Instagram account named Vote Tony Out.

So far, it only has three posts of local Warringah members with captions detailing why they want Mr Abbott turfed.

“He is out of touch with his electorate!” says one caption.

“We have had enough!” says another. 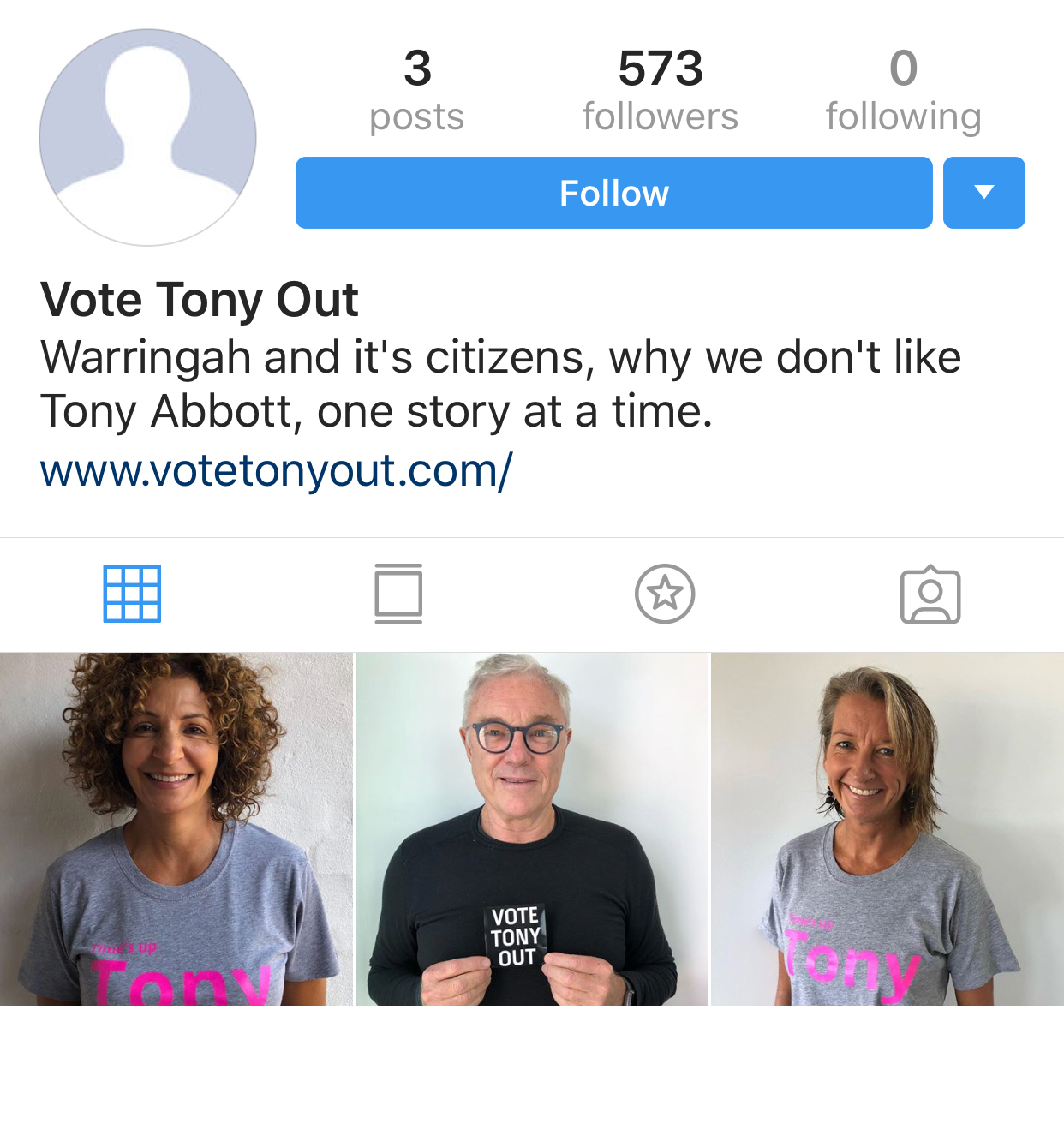 It comes just weeks after Mr Turnbull accused Mr Abbott of plotting against his leadership on Q&A.

“I just don’t know how a former Liberal prime minister is capable of doing that.

“But to the be part of an Instagram page, liking it, to get Abbott out of the parliament just takes it to a level you would’ve thought was unthinkable.”