It’s the newspaper front page that shocked Sydney and has sparked furious debate. 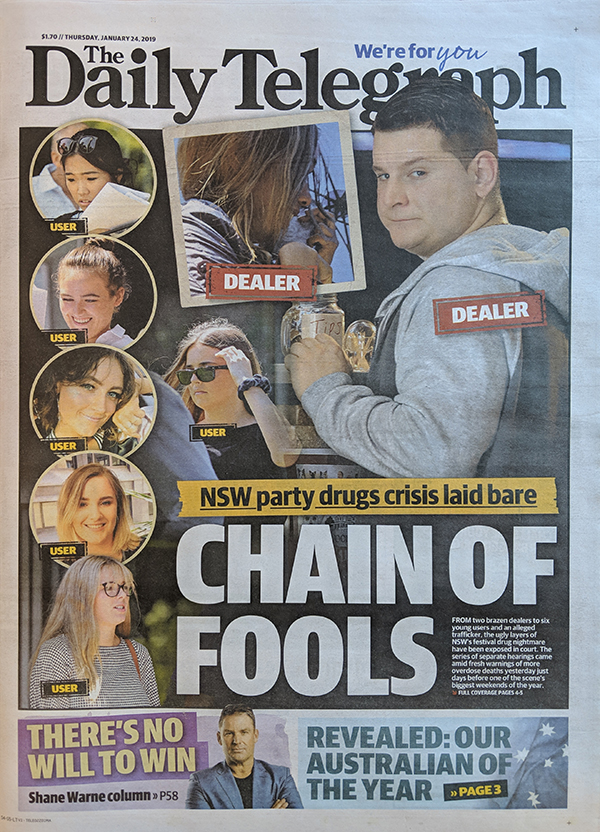 The decision to name and shame the users has led to a great deal of criticism and praise for the paper.

Steve Price speaks with The Daily Telegraph’s Editor Ben English, the man who has the final say on the paper’s layout.

He tells Steve, “we did not do that lightly”.

“We were well aware of what the consequences of it would be and how it would also impact on these young ladies’ families, their friends and also their future employment prospects.

“All of that we took into account but the balance went against them in terms of putting it on the front page when one considers five people are dead.”

Many say that drug use is a victimless crime that should be treated as a medical problem not criminal.

“I think they’re supporting a deadly business model that’s worth billions of dollars.

“For all the embarrassment and shame they may have felt about being on the front page they can consider themselves lucky that they’re not the subject of an inquest [into drug deaths].

The decisions has sparked furious debate on social media and on the openline.

What do you think? Should they have been named and shamed?