Stunned and relieved: Family responds to the arrest of Chris Dawson

There’s been a major development in what has become the most talked about cold case in the nation.

Just before 10am on Wednesday, 70-year-old Chris Dawson was arrested on the Gold Coast and will be extradited to New South Wales and charged with the murder of his ex-wife Lynette Dawson.

Chris Dawson maintains he had no involvement in her disappearance, with his family putting out a statement (see below) professing his innocence. 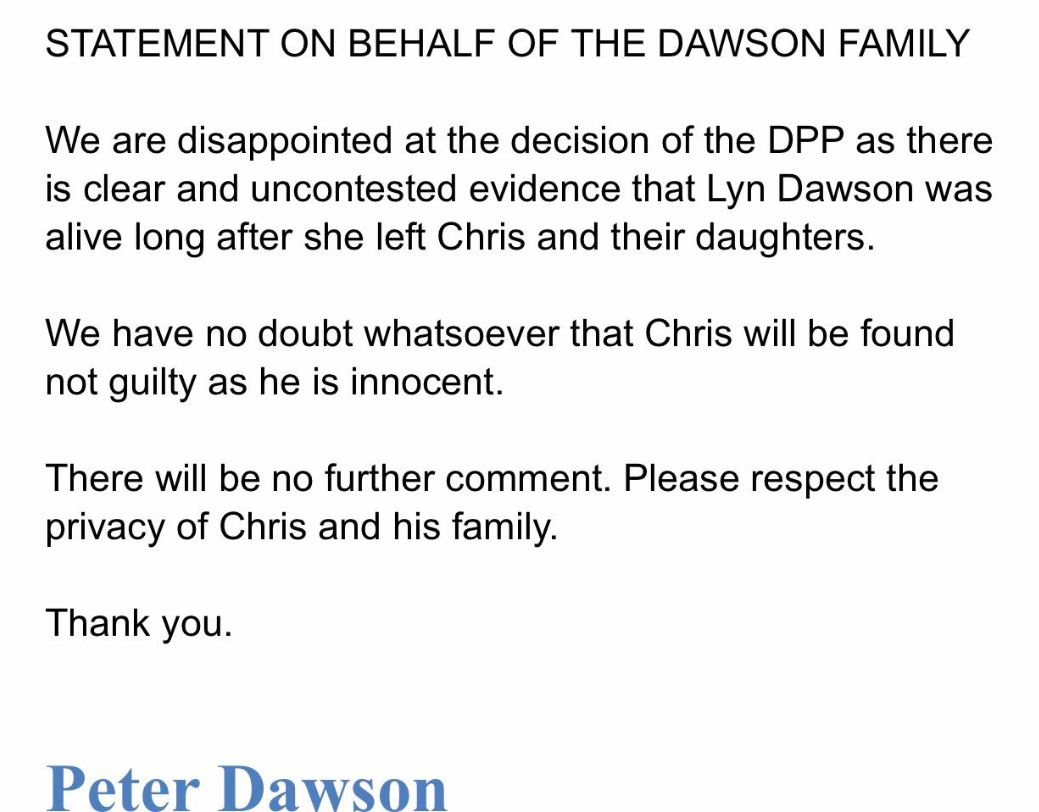 Lyn went missing from her northern beaches home in January 1982. Her mother was the last person to speak her in a telephone conversation.

Her family have only ever wanted two things, for her body to be found and the mystery of her disappearance solved.

“We really haven’t had much time to absorb all this.

“We’re a little bit numb. Thrilled I suppose that there’s been some sort of outcome, but also apprehensive about what the future will bring.”

“It’s been fairly tough. When you look back over the years, we’ve had quite a few knock-backs.”

Alison Jennings, Lynette’s cousin, set up a Facebook page focused on finding the missing mum, or her remains.

“The overwhelming support we’ve received from not just people in Australia but from across the world has been phenomenal.”

Click PLAY below to hear the family’s response in full