After Ben got involved, HillsBus has now offered an apology and promised staff involved will be reprimanded.

Rebecca got back in touch saying, “there will be disciplinary action for the bus driver and also re-training for the customer service officer who dismissed my complaint”.

She thanked Ben and his team for their “time and effort” in helping out.

“I’m sure that I would not have received such a favourable response if I continued on this course of action myself.”

Two young school girls were left stranded after they missed their usual bus, and the driver did absolutely nothing to help.

Ben Fordham received an email from a distraught mother on Thursday, detailing the events of how her two daughters, age 6 and 9, were left crying at a bus stop.

Rebecca wanted help to get in contact with the bus company, HillsBus.

The girls were on their way to school on Wednesday last week, on the bus with the same number they always catch.

But after a while, they realised something was wrong, and unable to recognise where they were, they began to cry.

When the bus arrived at the Castle Hill bus interchange, the driver told all passengers to disembark.

And the pair in their uniforms were left helpless after the driver offered no help.

A stranger saw the upset girls and offered to find a driver who could help, and managed to find one who would take the girls to school.

By the time they arrived, it was almost 10.30, two hours after they got on the first bus.

Rebecca wants an explanation from the company and assurance it won’t happen again.

“I was devastated, I felt sick to my stomach,” she tells Ben.

“I didn’t know how to accept what had happened.”

She says her girls “just watched [the driver] walk away”.

And she’s yet to hear from the bus company.

In a statement (see full statement below) to the Ben Fordham Show, the operator says a representative will make contact with Rebecca to make an apology.

They admit the driver should have done more to help.

“Hillsbus has a duty of care to all children who travel on its buses and has a specific policy that it is the driver’s responsibility to ensure that all child passengers are safe.

The children’s mother was not aware that the bus she put them on did not stop at their school. When the bus arrived at the last stop at Castle Hill Interchange and the children were still on the bus, the driver should have contacted the Hillsbus operations centre for instructions on how to ensure they got to their destination.

Hillsbus has been in contact with the children’s mother and a representative will be making further contact to apologise to her today.

Hillsbus takes this matter very seriously and the protocols relating to the care of children have been reinforced to this driver and all drivers.” 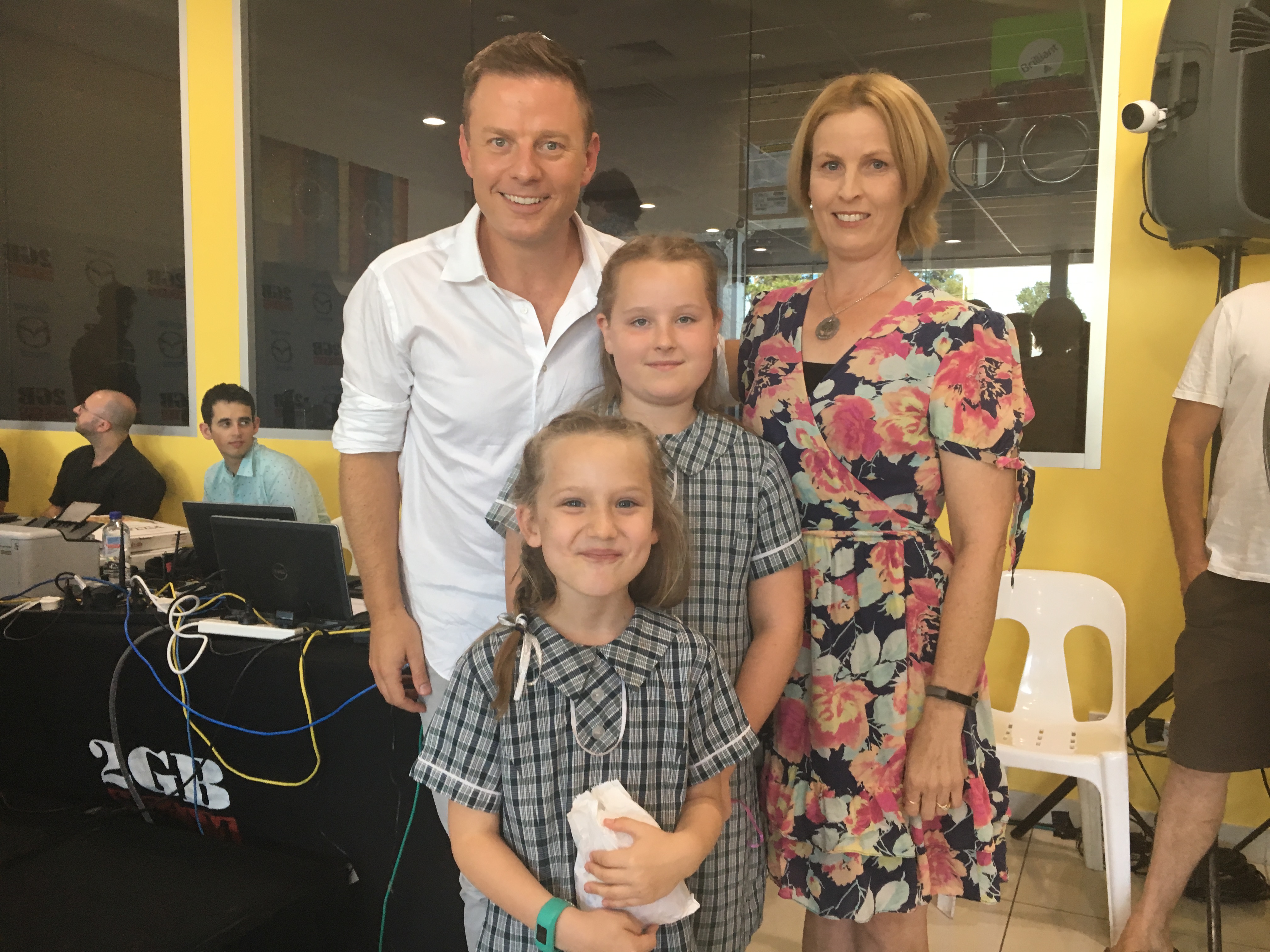 Rebecca and her two daughters with Ben Fordham at his live broadcast.