A man is on the run after using a meat cleaver to hold up a hotel in Sydney’s east.

Just before 10pm, the man entered The Glasshouse Hotel on Anzac Parade at Maroubra with his face covered. 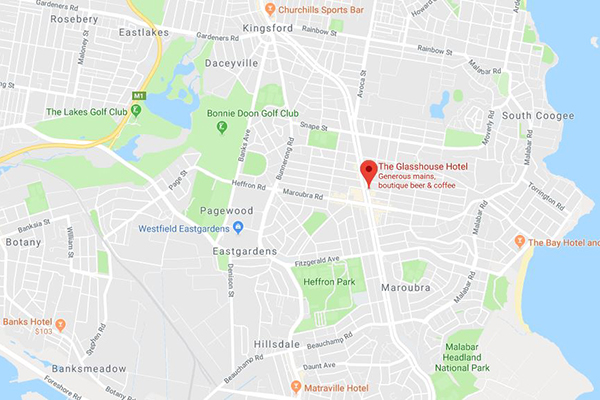 He allegedly threatened staff with the weapon and was given cash from the registers before fleeing the scene on foot.

Police are still searching for the thief, described as about 188cm tall, with a large build.

He was wearing a dark hoodie, dark pants, a face covering and steel-cap tan boots.