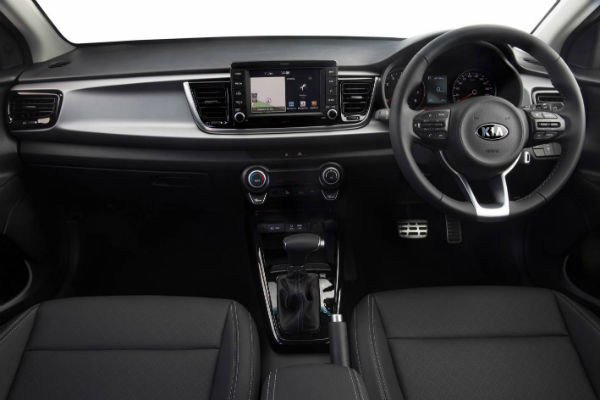 Early this year Kia rationalised its small Rio hatchback, dropping the three-door as well as the larger capacity 1.6-litre engine – the range now consisting of four 1.4-litre powered five-door variants in six-speed manual or four-speed auto. I drove the Rio SLi automatic – the flagship model in the range at $22,990 plus on-road costs. Unfortunately, the lack of low down torque and a dated four-speed automatic means it struggles under load on inclines.

Max torque is achieved at 4,000 revs while it needs a six speed auto – the ratios on the four- speed too wide to make the most of the engines torque. The new Rio is longer, wider and lower with increased boot space – while the drive-train is a little dated it now carries more technology and safety equipment. A rear-view camera, rear parking sensors and 7-inch colour touch screen are a real bonus – its most compelling argument being a 7-year unlimited kilometre warranty, road side assistance and capped price servicing. I’m David Berthon