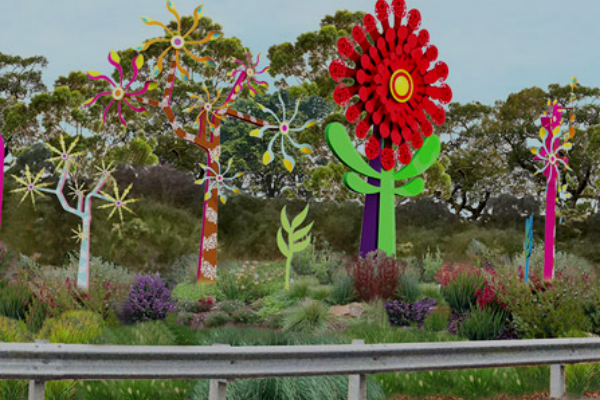 As you would know the M2 motorway is far from my favourite piece of road – far from a Motorway better described as a Crawlway and getting worse on a daily basis – for the privilege we’re charged $6.95 each way from Windsor Road and the toll continues to rise. This week, a brain dead executive at M2 operator Transurban unveiled new artwork beside the motorway at Macquarie Park – called Kinetica this vibrant and abstract addition to the landscape, words from Transurban’s own press release, is designed to uplift and inspire. Looking more like a backdrop from kindergarten play school this new artwork has not met its design brief, causing a major distraction and slowing of traffic at the morning peak. What was once a free flowing section of the M2 is now a crawl. Why wouldn’t you simply landscape the area rather than create a traffic distraction – a question that was far too hard for Transurban’s General Manager Andrew Head to answer this week. This again reflects the arrogance Transurban continue to display with the M2 Motorway. With the increased traffic most evident this year the current widening of the road past Pennant Hills Road to three lanes is going to have little effect. Showing how out of touch he is Mr Head recently claimed “that Life is significantly easier for Sydney siders as a consequence of the roads that have been delivered over the past 25 -30 years. Really? I’m David Berthon