I think my thoughts on Adani are well known.

I am very pro coal mining.

I don’t believe in this carbon dioxide rubbish but I equally do not believe the Adani project should have been approved.

Mind you, you can forget the headlines.

It is a very qualified approval.

The Queensland Environment Department would have been under massive political pressure to approve Adani’s groundwater management plan.

In other words, following Labor’s dreadful results in the federal election, this was a political decision.

Mind you, I don’t know which plan was approved.

In the last 18 months, Adani have had about 18 versions.

In spite of today’s approval, Adani have been ordered to do further investigations and install a new bore to rule out, and this gets complicated, but it is central to my objection which is based on water.

But, the purpose of a new bore is to rule out what are known as the Permian aquafers as a source of their water.

Now remember we are talking about a mine that needs billions of litres of water.

They have been told, as part of the approval, to do further work over the next two years to identify other potential sources of water; to do detailed hydrogeochemical analysis of groundwater from different springs, and this is a gesture towards recognising that they have been given approval but no one seems to know what will happen to groundwater.

Significantly, underground mining, in spite of the approval, won’t be allowed to commence until further water testing is completed.

Note what the department said yesterday, the Department of the Environment, “CSIRO and Geoscience Australia confirmed that some level of uncertainty in geological and groundwater conceptual models always exist.”

Now, the jobs situation is farcical.

And no one seems to know how many jobs will be created.

It’s an employment mirage as far as I’m concerned.

And even if the mine goes ahead, Adani want to build a railway line to get the coal to the Abbot Point terminal – north of Bowen.

But even the designs for the railway line aren’t finished.

But this is the guts of it.

This is one mine for the Galilee Basin.

But another six are proposed.

And if Adani can get taxpayers money, our money, surely not, to build the railway line.

They figure this is how they will make their money, shifting everyone else’s coal to the Port if they are prepared to gamble that six other mines will gain approval.

All up, this is the biggest project in the world.

I can understand that in the short-term, the locals at Clermont in particular, are excited, because they think there will be jobs and more people will move to the area – apprenticeships et cetera.

I would simply say not so soon.

By the way the approval is for 60 million tonnes of thermal coal each year.

But at this stage they are only planning to produce about 27.5 million.

And that is not economical.

No one seems to ask why Indian banks won’t lend them any money.

It doesn’t stack up.

And this argument that we’ve got some responsibility to export our coal to India to give cheap electricity to raise Indians out of poverty – this is ideological nonsense.

We are not responsible for alleviating Indian poverty.

We are responsible for making sure Australians aren’t plunged into poverty because of appallingly high electricity prices because we won’t build a coal-fired power station.

Now Adani argue that the numbers stack up.

Well if they do, why is no one in India or Australia prepared to lend them money?

This approval is full of contradictions.

Yesterday, the Queensland Environment Minister, Leanne Enoch, and God only knows how much reading, if any, she’s done on this – she was saying Adani must definitively identify all the source aquifers.

This is to protect what is called the Doongmabulla Springs complex.

So she’s saying Adani must identify all the source aquifers for the Springs.

In other words, where is the water going to come from?

But note this, last week, the federal environment department said, made clear, Adani hadn’t done that.

So, Adani are being told to do extra groundwater monitoring to see whether the rock layers that they’ll be digging into for the coal will destroy the Springs.

Giving approval when you don’t know the answers to the real questions.

And the department has told Adani they must do two years more of groundwater, earth and seismic testing.

In other words, mine for coal but we don’t really know what damage might be done.

All that’s happened here is the Queensland Government has caved in to political pressure.

But no bank will touch Adani.

And those in the know are simply asking why the hell would this bloke Adani, Gautam Adani, plough more than a quarter of his reported $7 billion fortune, into an Australian venture, when he could buy similar coal more cheaply from Indonesia.

Are they really going to burn Australian coal, not to alleviate poverty in India, has the wool been pulled over our eyes?

Is it going to be used, to sell electricity to Bangladesh at double the price they get for the same electricity in India.

A further question, will there be a jobs bonanza?

The deputy leader of the National Party, Bridget McKenzie, last year said there would be as few as 100 long-term jobs.

If that transpires, can you imagine the union reaction.

But their original plan quoted 1,464 at best.

And here’s a further conundrum, the Bloomberg commentator, a David Fickling, is saying that Adani could make twice as much buying Indian government bonds.

And what’s to happen if the traditional owners of the land, who oppose the mine, win a pending federal court appeal against Adani.

Adani would be back to the drawing boards.

So, add all that up, and I’m not sure what was approved yesterday.

But as I see it, there’s going to be a lot of heartache for a lot of people and not too many quids.

I’ve said from the outset, this mob are shonks.

And nothing that I’ve learnt to date has encouraged me to change my mind. 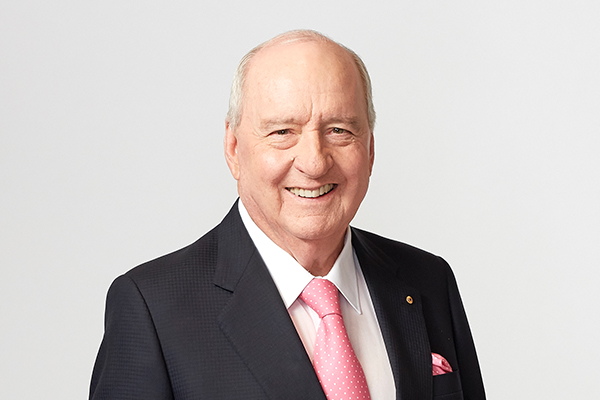