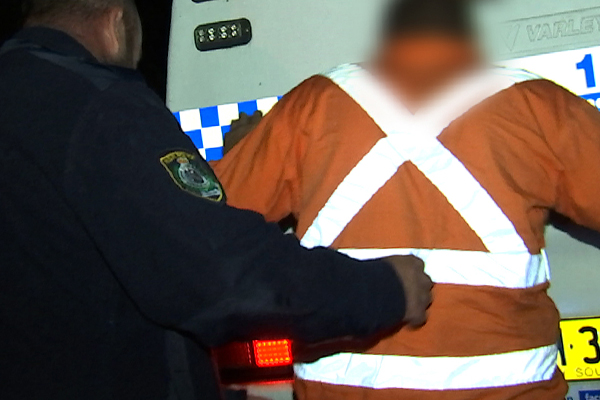 Wearing a military-style camouflage suit, an NBN contractor allegedly hid beside a bush track, planning the early morning rape of a young girl.

According to court documents, the 33-year-old man told friends it was a “good spot because lots of kids walk past”.

The 12-year-old victim was allegedly grabbed by the married father of three in May 2017 on her walk to school at Narara on the Central Coast.

She was threatened with a stick, tied to a tree for an hour before being subject to an attack so horrific a court has suppressed the details.

At a Gosford court yesterday, the man – whose name has been suppressed – pleaded guilty to aggravated sexual assault and intercourse with a minor.

While the family of the girl involved is relieved the details of the act will remain private, they want the alleged rapist’s name published.

“What sort of lunacy is this… who is protecting this creature?” says Ray Hadley.

When Ray followed up the matter with the Attorney General Mark Speakman – who told The Ray Hadley Morning Show he would follow up the investigation – he was told Mr Speakman was not across the case.

“I don’t think the Attorney General is across many things!

“He wouldn’t know if his head’s up his bum, this bloke.”

Ray has slammed the decision by the courts to protect this “pig of a man”.

Mr Speakman has since responded to the program with a statement saying if the offender was to be named, it would identify one or more of his victims.

“I am informed that in this matter identifying the offender would identify one or other of his victims who are both children.

The Children (Criminal Proceedings) Act prohibits the identification of a child victim of crime. There is an exception where the child is 16 or over, or the court considers it is in the public interest.

I am also informed no application was made at yesterday’s hearing.

The question of suppression and non-publication orders will be a major focus of the Law Reform Commission’s Open Justice Review which I announced last month.”