A Castle Hill Liberal MP has been accused of using a younger image of himself in campaign material.

A listener contacted The Ben Fordham Show and insisted state MP Ray Williams, 58, was using a younger photo of himself on election posters.

The NSW Minister for Disability Services tells Ben Fordham the photo used as a campaign image was taken five years ago!

“I want to thank that person, what a lovely compliment.

“They’re left over from the 2015 election, but the photograph would have been back before that.

“To say these photos have been photoshopped is an understatement!”

We’ve put the campaign image beside a current image of Mr Williams to let you decide!

See the comparison below 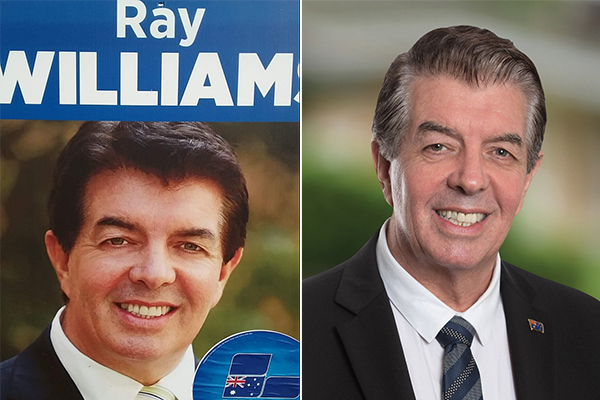 Click PLAY to hear what he had to say!