A council in regional Queensland is being slammed for publishing a funeral notice that refers to an Aboriginal man by using an offensive racial slur.

The post was removed last night after the council received complaints from Mr Hagan’s family.

“When I saw the notice on the Paroo Shire Council website, referring to him as the N-word rat, whether the N-word’s used as an adjective or a noun, it’s still a demeaning word for people of colour.”

Dr Hagan says this isn’t the end of the matter.

“I spoke to his children and they’re very keen to have some sort of accountability.”

The Paroo Shire Council has since responded with a statement to The Ben Fordham Show: 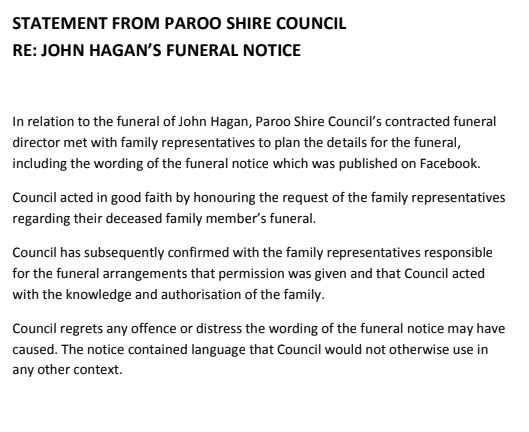