A Sydney CBD bar worker has thanked emergency workers after he was stabbed in the back while at work.

34-year-old Lawrence asked a group of men to stop smoking inside the Concourse Bar in Wynyard.

When they refused Lawrence asked them to leave and a brawl ensued.

The employee was treated for multiple stab wounds and taken to hospital in a serious but stable condition.

He was released from hospital two nights ago and tells Ben Fordham he was told he was “minutes away from death”.

“I don’t remember quite a lot of it.

“It felt like I got punched in the back and someone said ‘I think you’ve been stabbed.'” 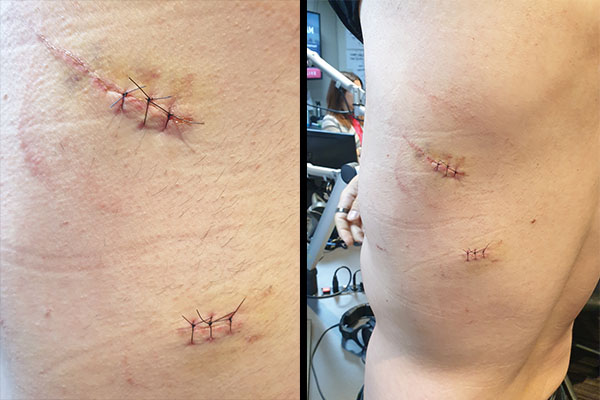 All four men have been charged over the incident and granted bail.