About 60 firefighters are battling a blaze that has engulfed a chemical factory in Moorebank.

The building in Yulong Close is engulfed in flames and firefighters are working to contain it.

The factory and adjoining businesses have been evacuated as aerial firefighting trucks attack the blaze.

The fire is reportedly just metres from homes and residents in Collie Ct have been evacuated.

Other residents are advised to stay inside and keep their windows and doors closed.

BREAKING | We’ve been sent this video of a massive factory fire at Moorebank by listener Scott.

A dozen crews are already on the scene, with eight more on the way.

OMG A Moorebank factory has been destroyed by fire on Yulong Close… It’s very close to Wattle Grove residence 😷😧 pic.twitter.com/fvldSRnzFk 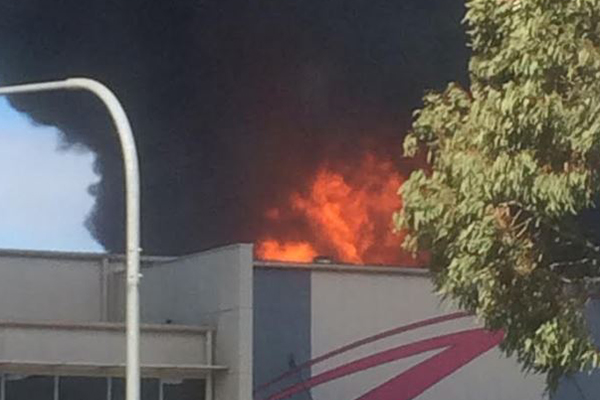 “I just got out the car and I saw a massive black plume of smoke and it’s just crazy.”