Ben Fordham has called out Zali Steggall’s “disgraceful slur” as a Liberal candidate comes under fire for transgender comments.

Warringah candidate Katherine Deves has been criticised for her comments about transgender people where she compared her advocacy for women’s sport to the holocaust.

Ben Fordham has spoken out in support of Ms Deves who has revealed she’s been receiving death threats.

Her political opponent, Zali Steggall, has suggested parents who are concerned about transgender athletes are transphobic.

“That is a disgraceful slur,” Ben said.

“Zali Steggall is off with the fairies.” 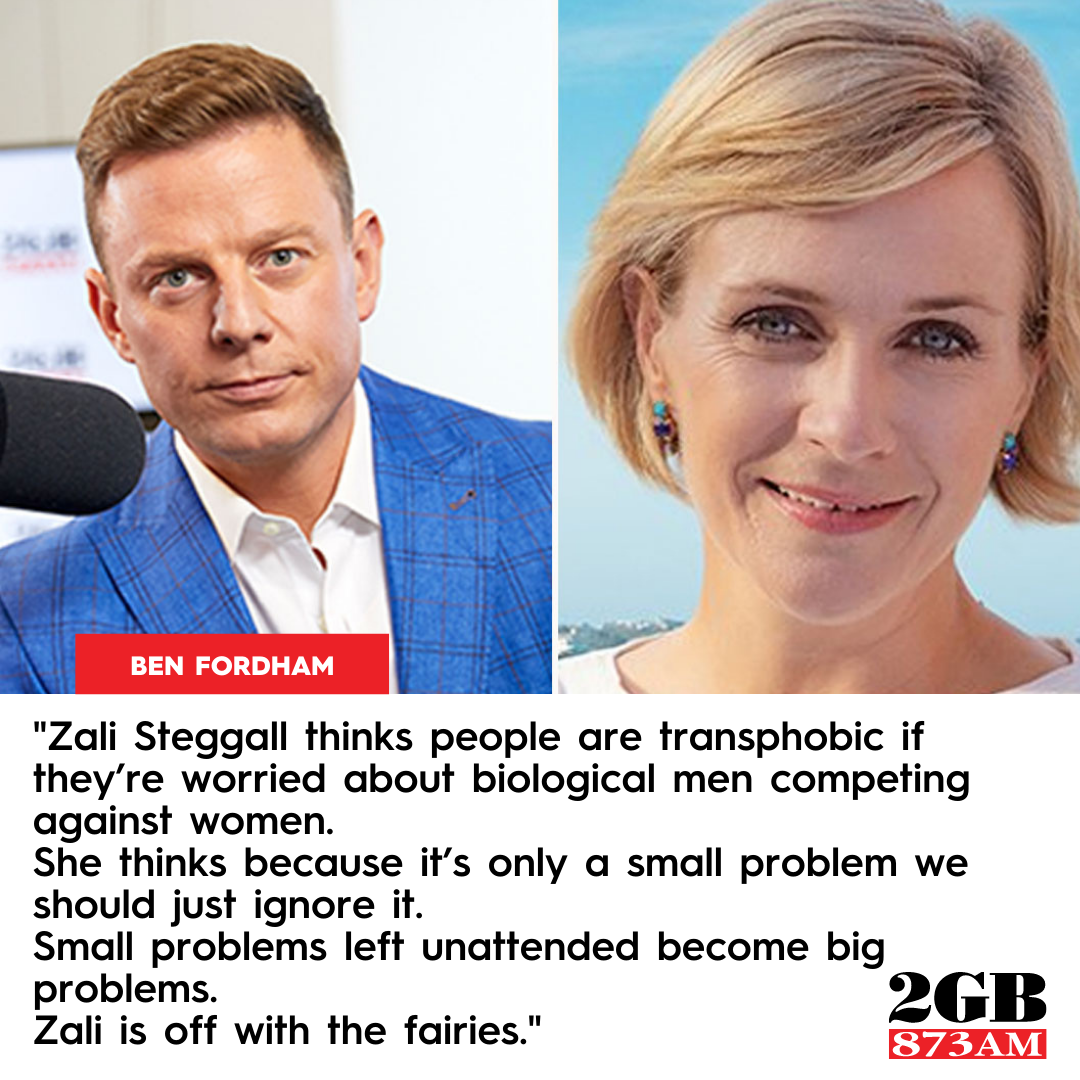