‘She is a warrior for women’: Ben Fordham defends Katherine Deves

The Warringah candidate has come under fire recently for her comments about transgender people where she compared her advocacy for women’s sport to the holocaust.

But Ben says none of the comments “warrant her being cancelled”.

“Katherine Deves is a warrior for women.” 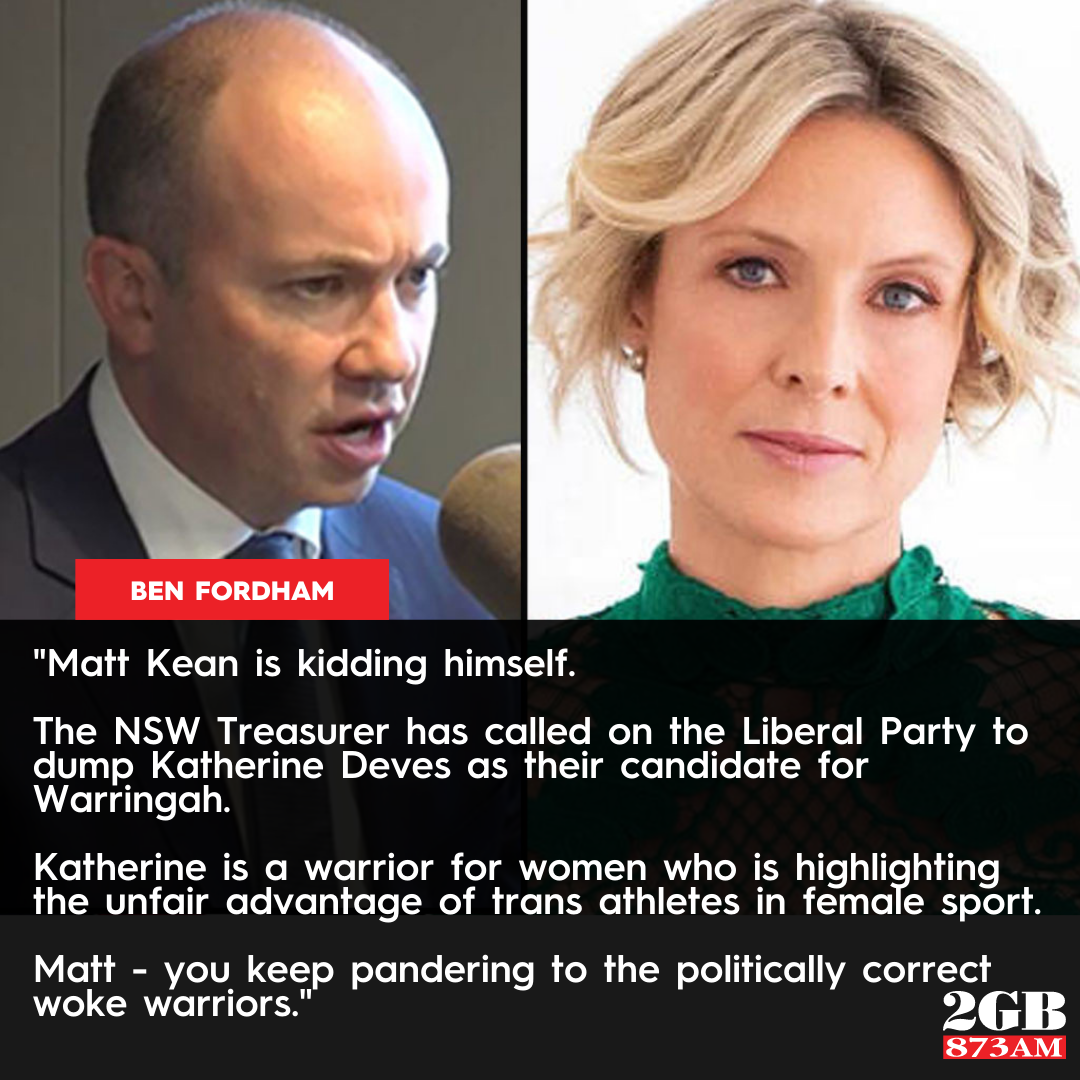 While many in the federal Liberal Party are supporting her, NSW Treasurer Matt Kean has called for Ms Deves to be disendorsed.

“Matt Kean should mind his own business and focus on his job,” Ben said.

“He’s got no idea what he’s talking about.”