BEFORE AND AFTER | Scaffolding crushes cars, injures pedestrian in Gosford

A wall of scaffolding has collapsed at a construction site on the Central Coast, damaging cars and injuring a pedestrian walking past.

The incident occurred at the corner of Mann Street and Erina Street in Gosford.

It’s believed the woman was walking past at the time when the wall fell.

She has been taken to hospital.

A power pole has also been knocked over.

A number of parked cars have been damaged.

Listener Rob has sent Jim Wilson photos showing the scaffolding earlier in the day before the collapse, and the damage after. 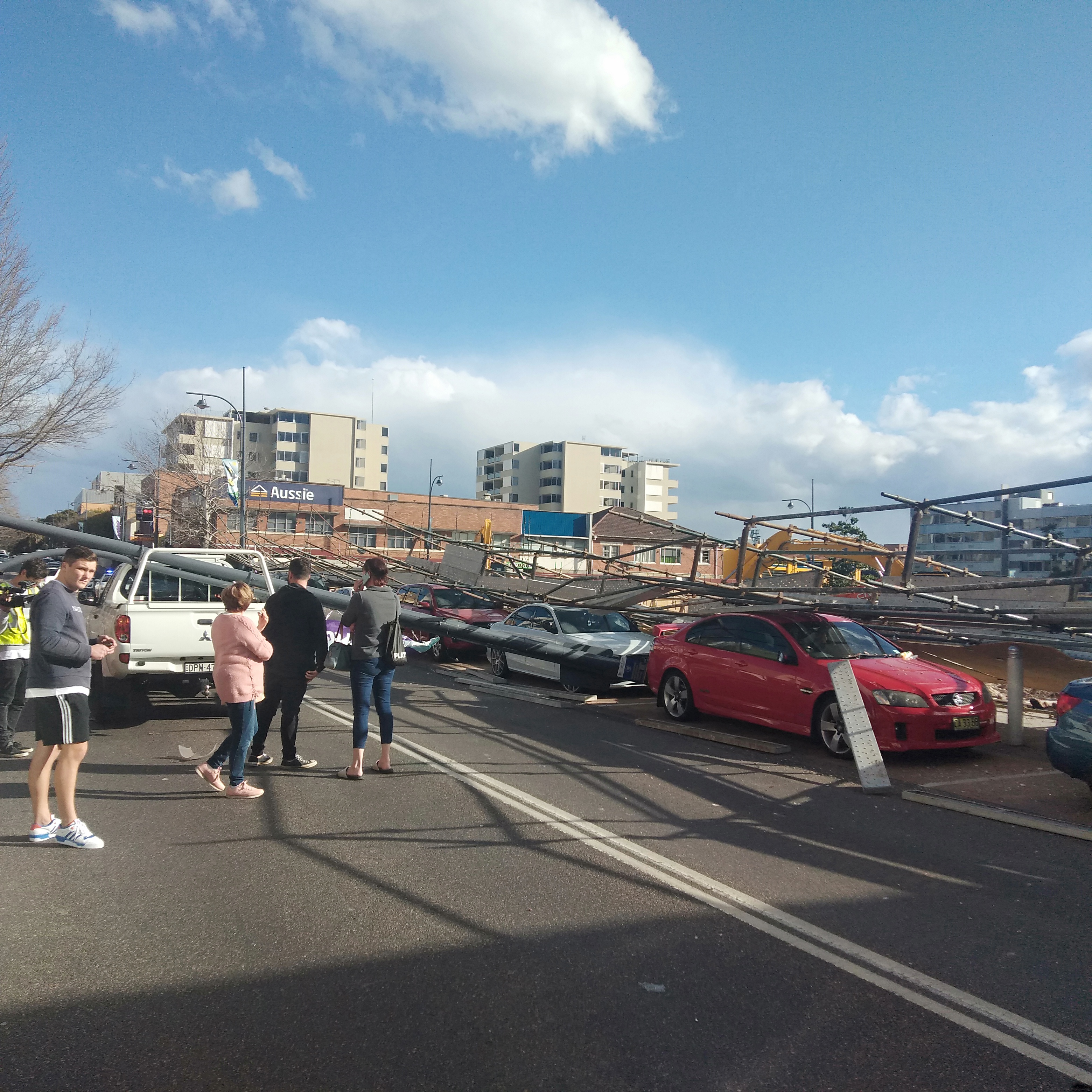 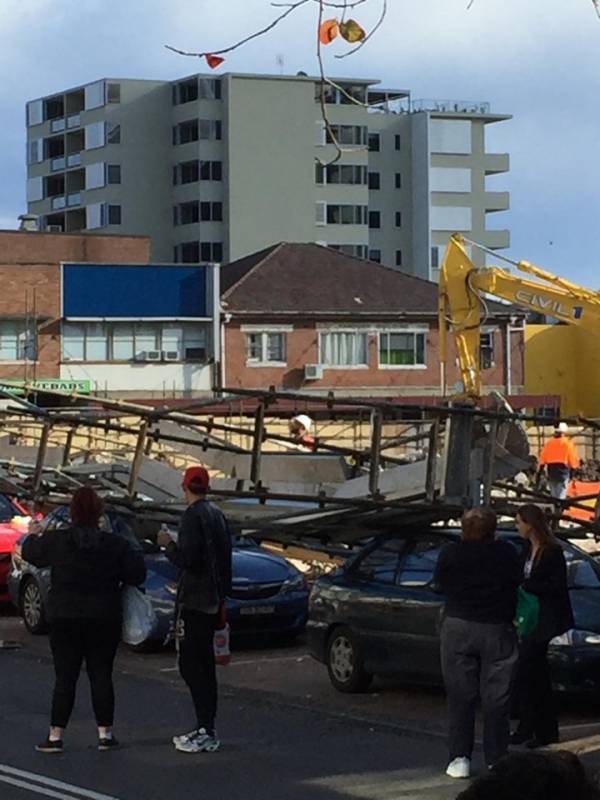