Athlete veterans have received one of the nation’s highest sporting honours in a ceremony at the Australian War Memorial in Canberra.

After a long campaign to have their efforts recognised, the medals have been untangled from the red tape and bestowed upon the recipients. 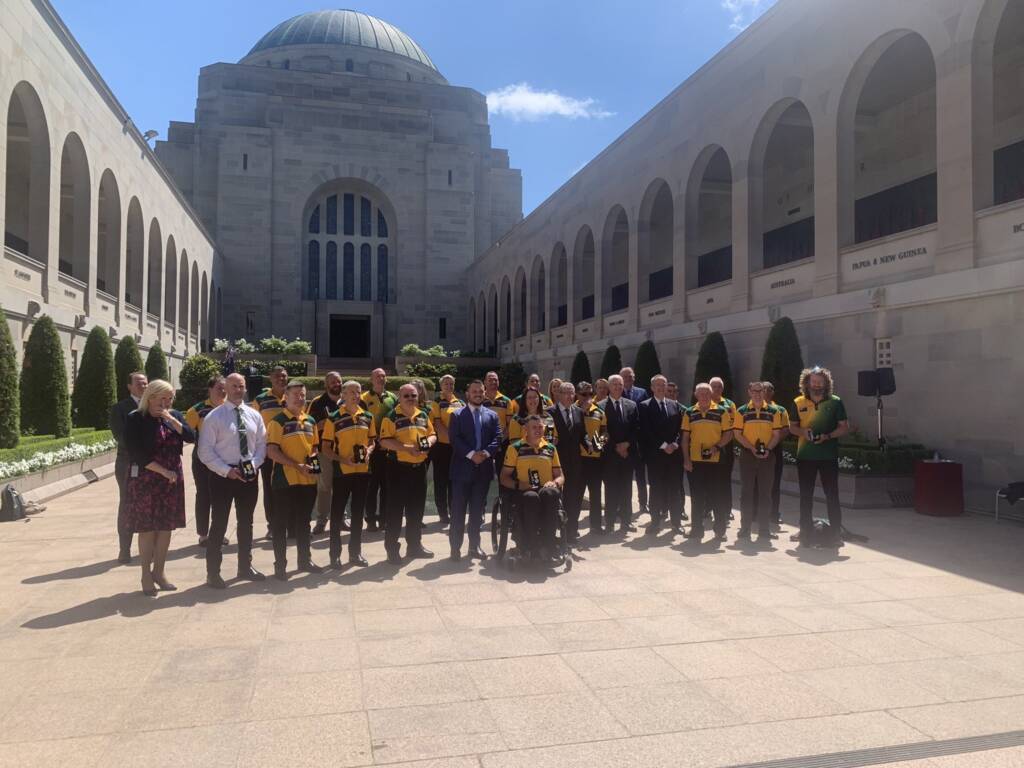 “The smile hasn’t gone away.

“I’ve got a couple of other medals from various operations and stuff, but today’s I think is the most satisfying.”

Major Brigid Baker was medically discharged from while serving in Afghanistan, and shared with Jim how sport helped her regain the sense of identity she lost when she was sent home.

“I’ve been afforded an opportunity to promote what it is to be a veteran, and how it is that we are viewed upon in this day and age.

“We’ve all gone through a similar shared experience, and to be there this morning in such a hallowed place, it was almost as though everyone was watching down on us.”

“Do you remember the wheelchair tennis? It was just unbelievable!”