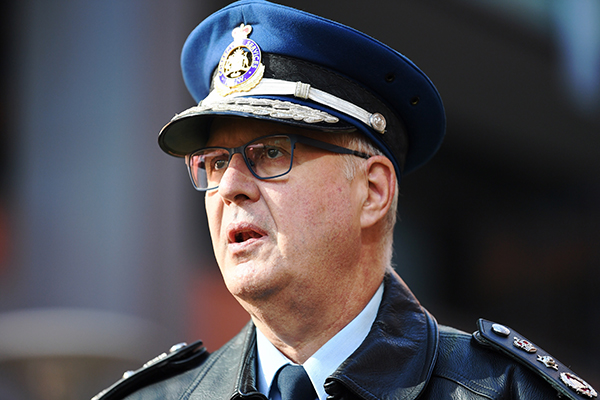 Corrective Services NSW Commissioner Peter Severin has been caught on tape lying about his knowledge of the jail sex scandal rocking the state.

Ray Hadley has revealed more than half a dozen cases of female prison guards having sexual relationships with inmates.

It all started at the Mid North Coast Correctional Centre with senior officer Amy Connors, who was caught in a long-term relationship with police murderer Sione Penisini.

“I was told on Friday (July 20) and that is when I was referring the matter to our minister.

As we have may investigations happening in parallel it’s not common practice for investigations, and that would be exactly the same with police, to be shared with the commissioner on day one.”

And now, Ray has proof.

In another interview with Macquarie National News, Mr Severin accidentally revealed he had been made aware of the investigation earlier.

“I was certainly not informed in a way of indicating that we are now proceeding to disciplinary action.

Now if I was informed that we have commenced some investigation then that would not have been by way of a formal report or formal investigation.

It would have literally just been informing me that we are looking at the possibility of, which is not something that I then take as a formal notification.”

Mr Severin has issued a statement saying the allegations are “completely wrong”.

He says he was on leave until July 1 so couldn’t have been told about the investigation four weeks ago… July 1 was three weeks and four days ago.

At no point in his statement does Mr Severin deny having any knowledge of the investigation before Friday.

Read it for yourself below.

“The following serious allegations made on air by Ray Hadley today are completely wrong.

I was not told about the matter involving inmate Sione Penisini four weeks ago by the Governor of Mid North Coast Correctional Centre.

I did not approve surveillance in this matter or direct that the inmate remain at Kempsey.

I did not receive daily reports on this matter.

If Mr Hadley had thought to check with me before airing these disgraceful allegations, he would have learned that I was on leave from 7 June to 1 July.”