She tells Alan Jones the university will accept a much lower standard of proof than a court would when assessing cases of sexual assault.

“They’re setting up an alternate justice system on universities with the aim of undermining the legal rights of young men.”

Last year the riot squad had to be called to Sydney University after a barrage of “aggressive” protesters tried to stop people attending Ms Arndt’s speaking event.

See a copy of Bettina’s flyer below 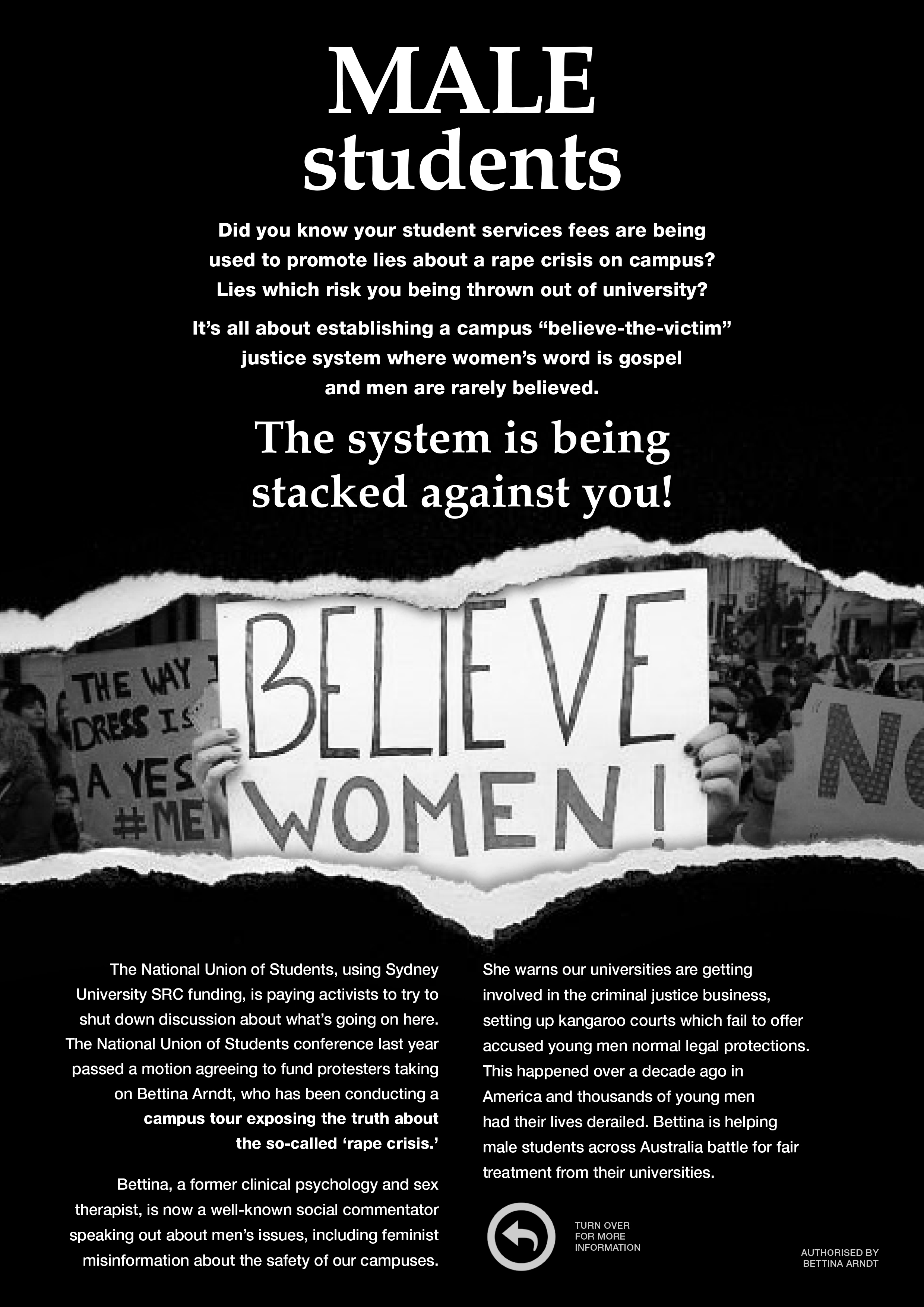