The neighbours of a very smelly pet food company say authorities are buck-passing their concerns.

A Hawkesbury business is believed to be the source of an odour which makes those downwind of it nauseous, as well as an infestation of pests such as rats, snakes and feral cats.

Chris* owns a neighbouring business, and told Jim Wilson the odour can be so powerful he’s been forced to send staff home for the sake of their health.

“It’s that bad it smells worse than [a] burnt meat, rotten fish smell.

Chris has complained on multiple occasions to the local council and Environment Protection Authority (EPA), who have not been able to detect an ‘off-site’ odour in their last six surveys.

The EPA say the company has been issued several warnings and cautions over problems identified at the site (full statement below).

Hawkesbury City Council say they are preparing to investigate the vermin issue and will communicate with the owner (full statement below).

Local federal member Susan Templeman has made representations on behalf of the other residents, and noted the responses from authorities only arrived amid media scrutiny.

“There are rat droppings clinging to the air conditioner.”

Another nearby business owner, Sam, told Jim in addition to the rodents and odour, the pet food business’ smokestacks are dousing nearby vehicles in a “considerable” amount of material. 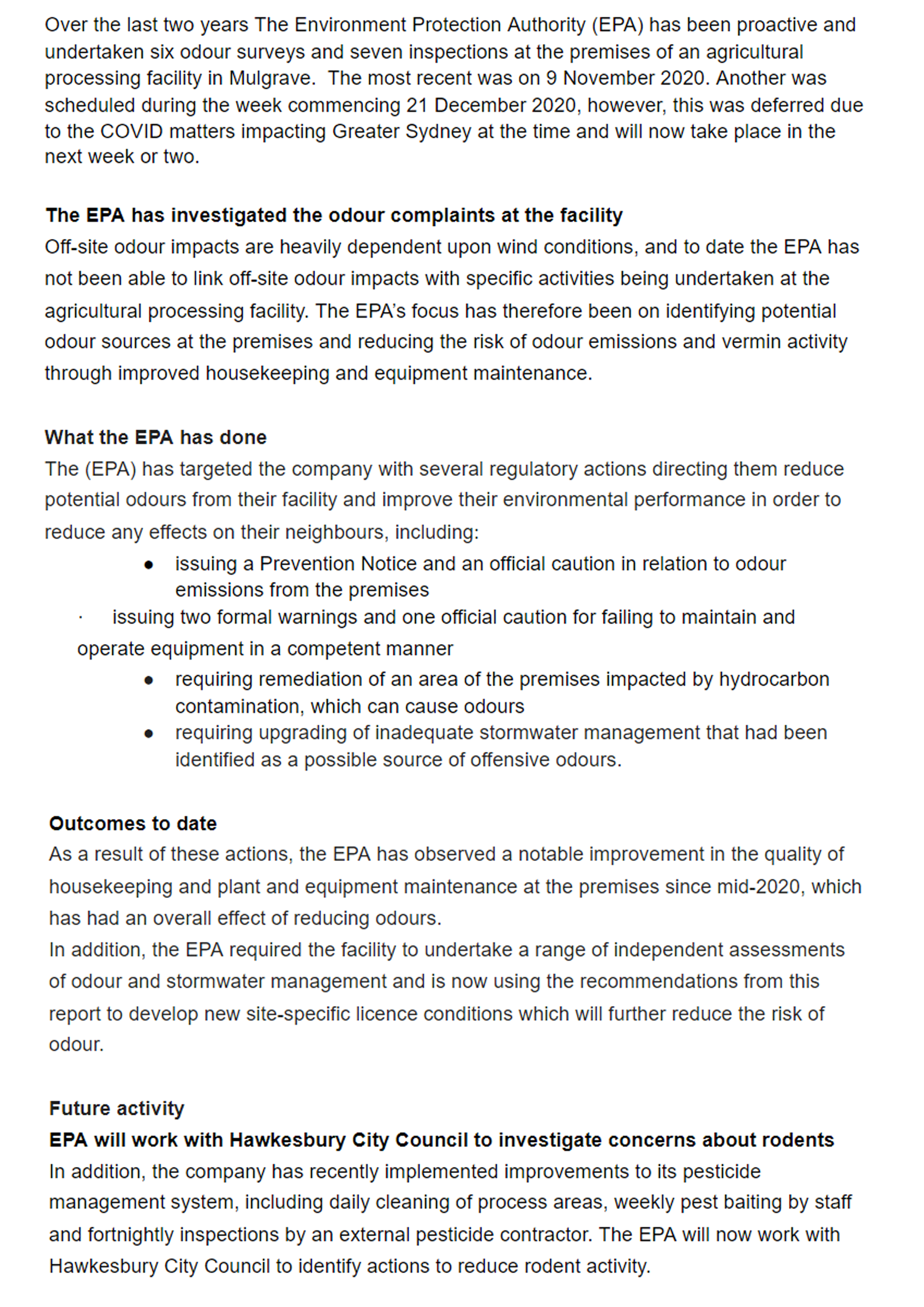 “Council is supportive of local businesses in the Hawkesbury including Mulgrave.

“It is understood that the premises in question is currently licenced with the NSW Environment Protection Authority (EPA) and as such will work with NSW EPA to resolve this matter.

“The EPA is the appropriate Regulatory Authority for monitoring air quality, with any breaches dealt with under an EPA licence.

“Council is responsible for working with the owner of the storage premises to manage vermin and review their pest management plan.

“A site inspection is being finalised and will be arranged with the owner of the premises to investigate the issue.”