The three police officers who saved two elderly men from a nursing home fire say they were just doing their job.

The officers were first on the scene at a fire at an aged care home in Lindfield and saved two men, aged 99 and 82, who were unable to escape.

The older man and the officers were taken to Royal North Shore Hospital and treated for the effects of smoke inhalation.

They have now joined Ben Fordham on-air to tell the incredible story. 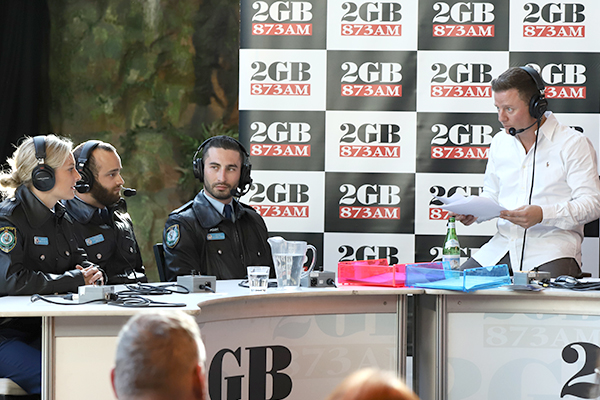 “There were times where it got too much and we tried to run out into clearer air, but then when you hear people still in there you just run straight back in there.”

Senior Constable Benjamin O’Brien tells Ben he still thinks about the people he has helped.

“Many people I’ve dealt with over the last seven years…. everyone stays in your mind.”

Constable Christopher Abella agrees and says the whole team is to thank.

“It feels good to be apart of a family who works hard and does the same as what we do.”