A man has been arrested following a violent brawl that erupted in the stands at the Easter Monday NRL game at Stadium Australia.

Footage on social media shows one fan approaching a man sitting down before allegedly striking him in the face.

The NRL has launched an investigation into the brawl.

Two Parramatta fans have been filmed in a violent altercation at Stadium Australia during the Eels victory over the Tigers this afternoon.

At this stage it’s unclear what initiated the scuffle.

Ben Fordham has obtained footage of one of the men in the moments before the incident.

Police attended the scene and spoke to the 25-year-old man who allegedly verbally abused officers before he was arrested and escorted from the stadium.

He was issued infringement notices for offensive behaviour and a 12-month ban from the Olympic Park precinct.

Shortly after, the man exited the stadium and allegedly damaged a boom gate before running away.

Officers pursued the man and used OC spray when he allegedly raised a traffic pole above the head of a male senior constable. 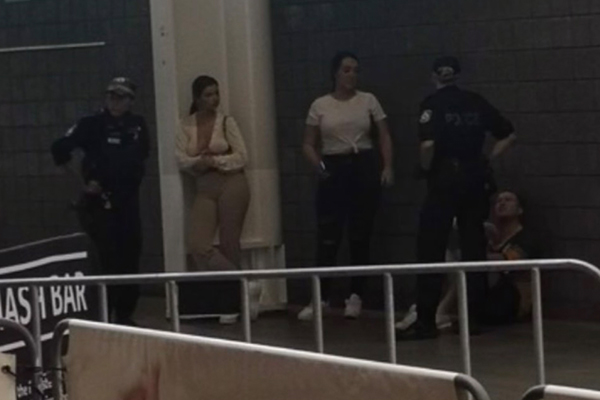