The City of Sydney has dedicated an entire lane on Pitt Street to cyclists, worsening traffic in the area.

Listener Sebastian has sent Ben Fordham photos of the traffic in the middle of peak hour on Tuesday Morning. 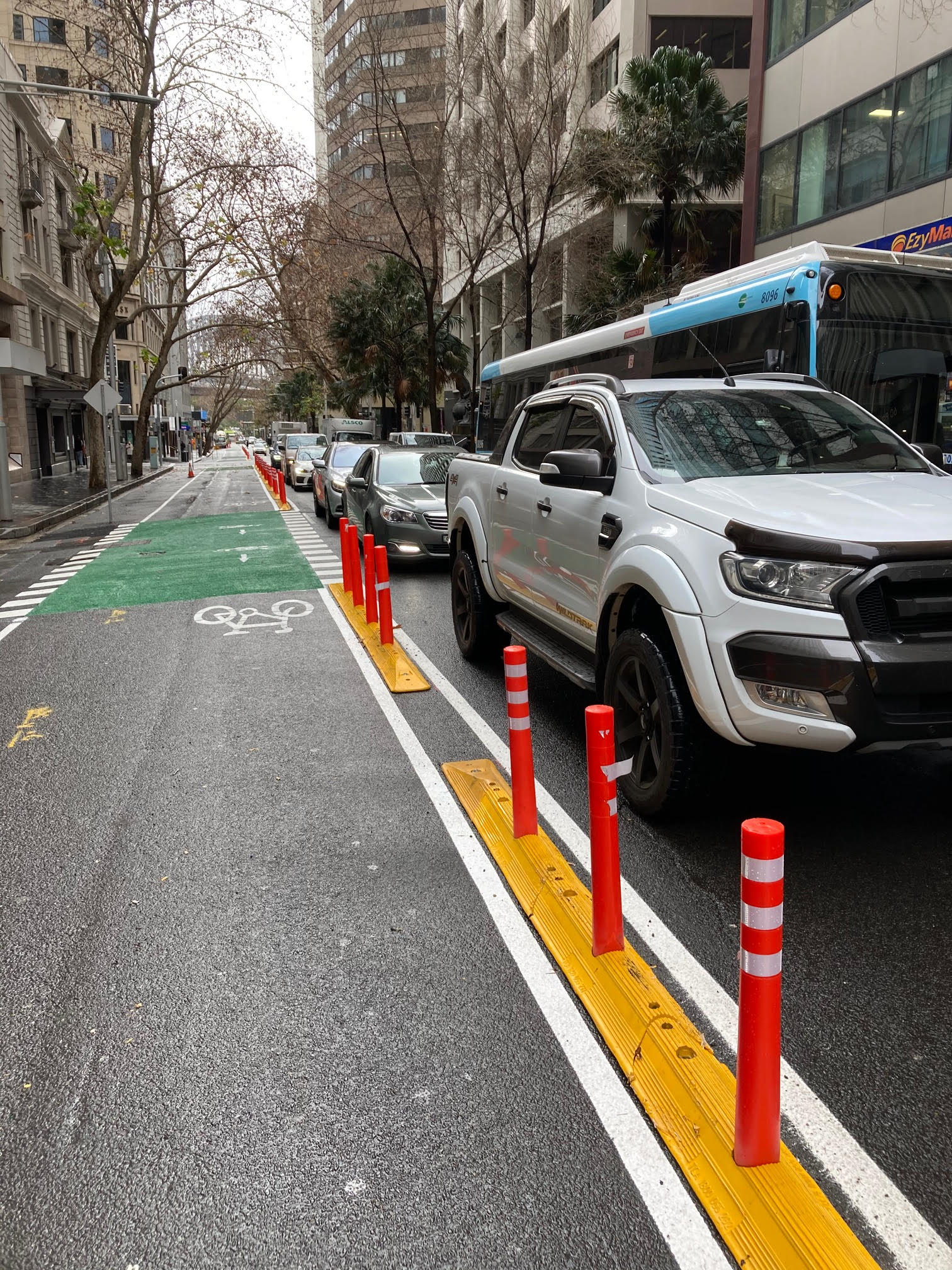 The dedicated bike lane is a 770-metre pop-up cycleway due to open next week, the council said in a statement. (See full statement below)

Sebastian told Ben Fordham there was a lot of congestion.

“10 minutes to travel what would have been 300 metres. It normally takes less than a minute.”

“The 775m pop-up cycleway on Pitt Street is due to open next week. When completed, it will provide a vital safe alternative to public transport for workers accessing the city centre.

“It is one of six new cycleways being installed across Sydney by the NSW Government and the City of Sydney in response to the unprecedented transport pressures arising from the Covid-19 pandemic.

“Extra space for people walking has also been created on Pitt Street, reducing crowding in an area of high pedestrian activity to enable safe physical distancing.

“Transport for NSW has notified the City that it is aware of an increase in vehicle delay along the Pitt Street section north of King Street, and is currently trialling adjustments to the signal timings to provide more green time to Pitt Street, especially at King Street.

“Following the removal of a travel lane on Pitt Street for the new cycleway, TfNSW will monitor conditions for all modes of transport, including all vehicles, people walking and riding.

“Numerous other cities around the world are including pop-up cycleways and wider footpaths as part of their response to the pandemic.”