Three people have died after a collision between a truck and a car in Sydney’s south-west.

A major emergency response unfolded just before 11.30am following the crash at Bow Bowing near Campbelltown.

Emergency services were called to Campbelltown Road, Campbelltown, following reports a truck and car had collided.

The male driver, aged 74, and two passengers, a man and a woman, were treated by NSW Ambulance paramedics but sadly died at the scene.

A 75-year-old woman and 44-year-old man, who were also in the car, were taken to Liverpool Hospital in a stable condition by paramedics.

The driver of the truck, a 59-year-old man, was taken to Campbelltown Hospital for mandatory testing.

Below is the truck involved in the incident 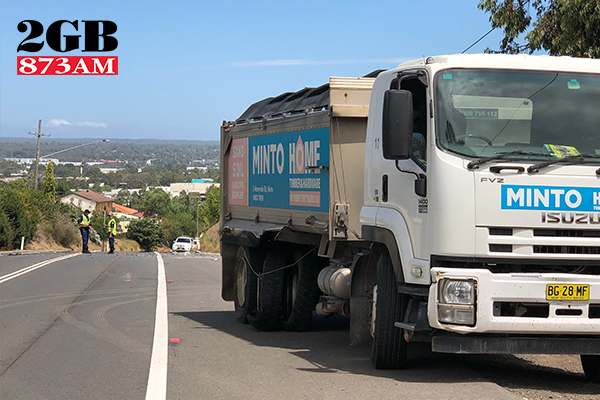 “Paramedics arrived to a distressing scene, where they’ve assessed five patients and determined that unfortunately, three of those patients were deceased.

“It was a confronting incident, the vehicles were badly damaged, there was debris everywhere and there were a number of distressed bystanders.

“I’d like to commend the paramedics and other emergency service personnel involved in this incident. They’ve performed admirably under challenging circumstances.”