‘This is absolutely appalling’: Taliban given platform to speak in Australia

Ben Fordham has slammed Australia’s peak Islamic body over a decision to let two members of the Taliban appear in a live webinar to speak to the Muslim community.

The Australian Federation of Islamic Councils said the event would discuss “the future of Afghanistan and our role, regardless of whether we are in favour or against ­recent ­developments”.

“This is absolutely appalling and it shouldn’t happen,” Ben said.

“The Taliban is being given the chance to brainwash young Muslims right here in Australia.”

Australian Federation of Islamic Council CEO Keysar Trad said they were seeking to deter young Australian Muslims from travelling to Afghanistan “for the wrong reasons” following the Taliban takeover.

Mr Trad said he wanted women’s rights to be protected in Afghanistan and this view would be conveyed to the Taliban representatives in the event. 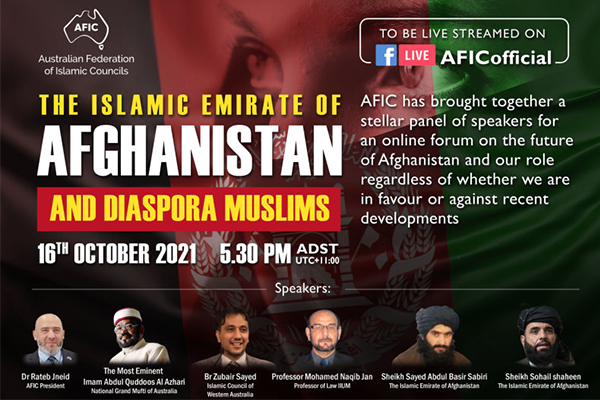 “This is outrageous, this should not go ahead.”

“The Taliban’s Cabinet has no women, no representatives from the ethnic Hazara community and few others from other ethnic minorities, and includes members of a US-designated terror group.

“I encourage the organisers to think deeply about their event, and reflect on how much hurt it would cause veterans, Australian Afghans, ethnic Hazaras, and the women of Afghanistan – all of whom have suffered under the Taliban – for it to go ahead as reported this morning.”