Teenagers charged after 18yo murdered in house party brawl

Two teenagers have been charged with the murder of an 18-year-old man after a brawl in Sydney’s south-west.

Police were called to a house in Ingleburn at 9:40pm on Friday after receiving reports a large brawl had broken out at a house party.

The fight spilled out onto the street, with footage being circulated on social media showing a man armed with a baseball bat entering the fray.

Ingleburn: New vision has emerged of a brutal street fight on Friday which claimed the life of an 18-year-old. Friends of Alex Ioane laid flowers in his memory today, as detectives charged a man in connection with the deadly brawl. https://t.co/Bbp1t6A4Qd @PeterFegan7 #7NEWS pic.twitter.com/T8QhJKtUmM

Police say an 18yo killed at a party in Sydney’s southwest was kicked in the back of the head, then stomped on – in an unprovoked attack

He was treated by paramedics and rushed to Liverpool Hospital, where he was later pronounced dead. 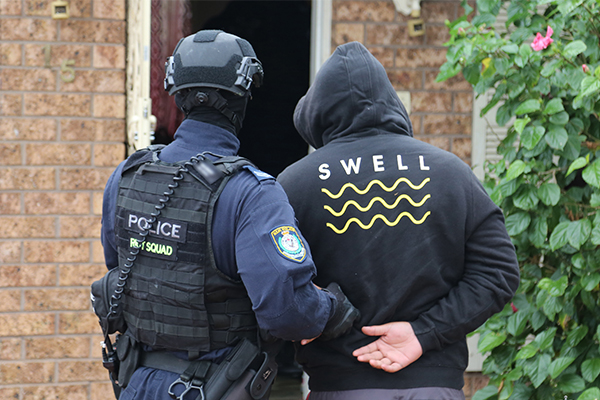 Police seized several weapons at the scene, including a baseball bat, golf club, and wooden and metal poles.

After executing a search warrant at a home in Eagle Vale on Sunday, police arrested two teenagers, aged 17 and 18.

Both have been charged with murder.

The teenagers appeared in court today and did not apply for bail.