Well, if you were watching Seven News you might have just seen it by chance.

The meteor scooted past Seven News presenter Michael Usher as he read the news.

First on 7 News: The moment a meteor scooted over Sydney while @michaelusher read the news on @Channel7 last night. #7News pic.twitter.com/j5Qu1INzqp 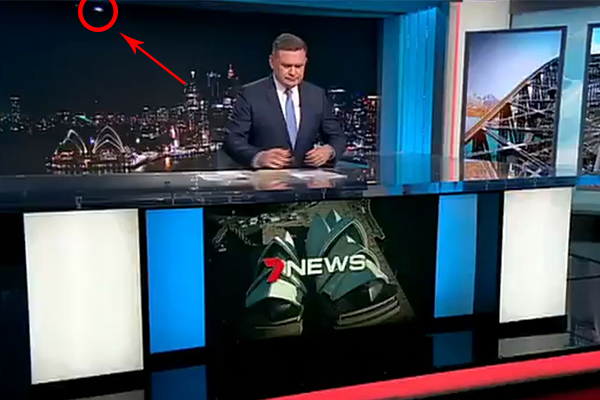 The fireball many saw hurtling across the night sky was spotted from the NSW Southern Highlands to southeast Queensland around 6.30pm but lasted only seconds.

Some Twitter users describe the meteor as a bright white ball with a blue and green tail. Others say it was more orange.

OK WHO SAW THE GIANT AMAZING #METEOR OVER #SYDNEY TONIGHT. Brightest white ball with a white blue and green tail, then it split in two 😍

Just found out that the incredible bright flare or rogue firework I saw last night turned out to be the #SydneyMeteor. My astronomy career continues! Amazing

While it’s unsure where the meteor landed,  experts say it may have been around Cooma near the Snowy Mountains.

This dashcam footage shows the meteor dashing over Campleblltown.