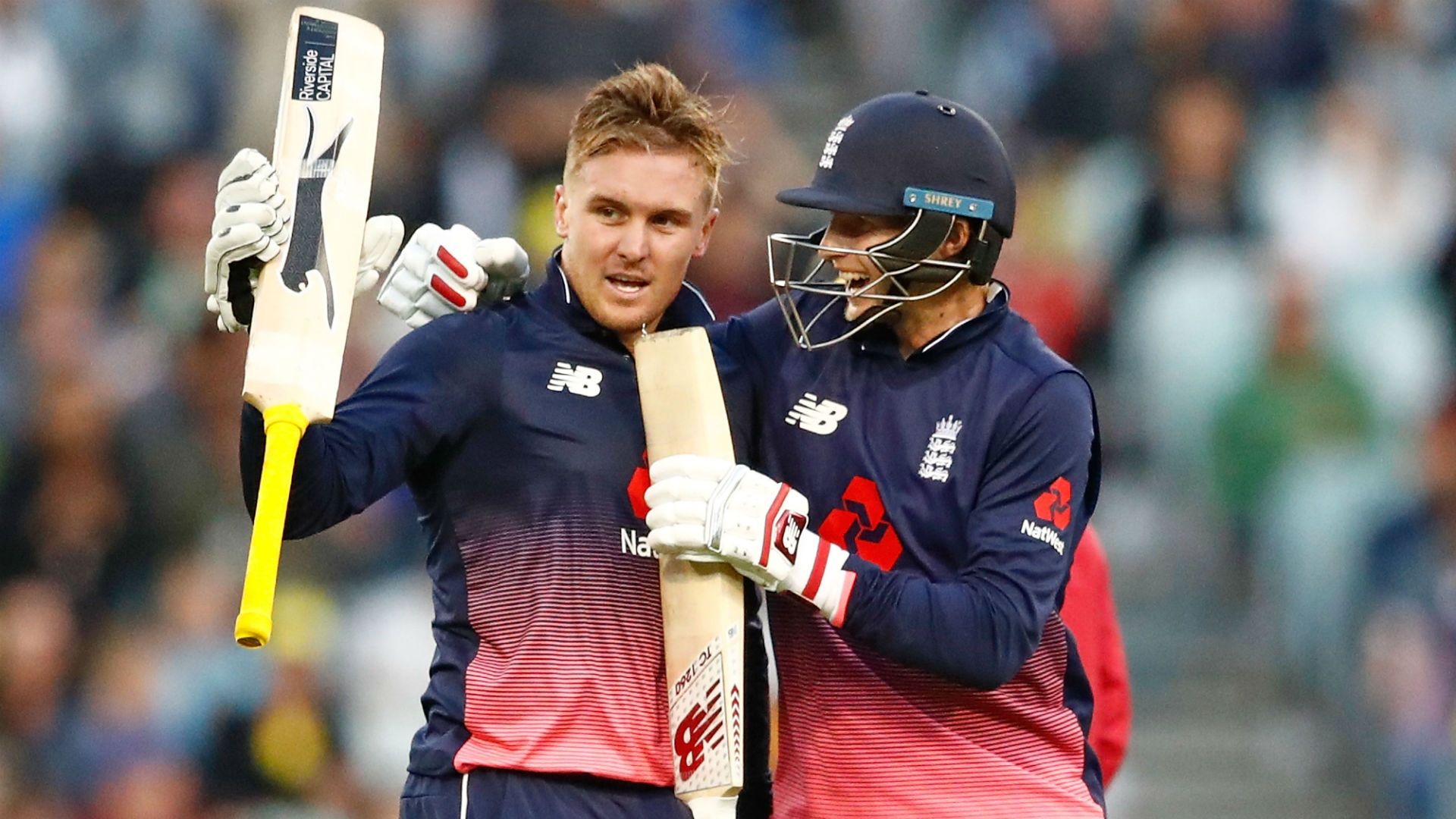 Jason Roy compiled a record-breaking 180 to lead England to an emphatic victory over Australia in the first one-day international at the MCG.

England were thumped 4-0 in the recent Ashes series, but a change of format brought a welcome upturn in fortune for the tourists on Sunday as Roy blasted Australia’s bowlers to all parts in a magnificent 151-ball innings and recorded his country’s highest individual score in one-day internationals.

In addition to surpassing Alex Hales’ benchmark of 171, made against Pakistan 17 months earlier, Roy also set a new record for the most substantial innings at the MCG, going past Mark Waugh’s 173 for Australia against West Indies in 2001.

Joe Root (91 not out) played a fine supporting role in a mammoth third-wicket partnership of 221 as England pulled off the highest ODI chase in Melbourne with ease, comfortably overhauling their opponents’ total of 304-8 with seven balls to spare.

Australia’s innings featured 107 from Aaron Finch, together with fifties from Mitch Marsh and Marcus Stoinis, but those contributions were soon made to look insignificant as Roy took centre stage.

The opener had made 84 and 96 in his previous two ODI innings after being restored to England’s team when Hales was dropped for disciplinary reasons.

Yet on this occasion he made an even bigger impact, clubbing 16 fours and five sixes in a stunning performance.

Roy got his side’s chase off to a flying start with a succession of boundaries off Mitchell Starc and Pat Cummins, although both bowlers were able to claim early wickets as the departures of Jonny Bairstow (14) and Hales – who made four after being restored to the team at number three – left England 60-2 from just 5.5 overs.

Australia eventually stemmed the flow of boundaries, with debutant Andrew Tye impressing, but Roy was still able to score freely as Root ticked over with comfort at the other end.

There was a scare for Roy on 91 when he was given out lbw to Adam Zampa, but the decision was overturned on review and the next ball just about cleared long-on for a maximum before Roy reached three figures by taking three off Tye.

England had victory in the bag by the time Roy was eventually caught on the leg side off Starc and the cheap dismissals of Eoin Morgan and Jos Buttler only delayed the inevitable.

Mark Wood and spinners Moeen Ali and Adil Rashid had impressed with the ball earlier in the day, the former operating at a brisk pace on his return to international action.

Moeen, who endured a dismal Ashes, gave up just 39 in his 10 overs and Australia’s total was insufficient despite Finch’s ninth ODI hundred.

Stoinis hit 60 from 40 balls in the closing overs after Marsh had contributed a more patient 50, while Liam Plunkett struck twice in the 50th over to finish with 3-71.