Ray Hadley is broadcasting from Mudgee for the Country Championships racing series.

Mudgee is hosting a spectacular weekend of sport, with both the Country Championships and round three of the NRL’s pre-season trials taking place.

The St George Illawarra Dragons will take on the South Sydney Rabbitohs for the Charity Shield.

Dragons coach Anthony Griffin told Ray he’s enjoyed getting back into the “lifestyle” of footy coaching.

“We spent a lot of time on our football, as well as our strength and conditioning.

“From day one myself and the coaches … put in place our defensive structures in particular – that’s one area that we’ve really got to improve in.

“Attacking-wise, we spent a lot of time building a system that we think suits the people that we’ve got.”

Champion jockey Hugh Bowman will be on the track on Sunday on Amicus Curiae, and joined Ray from his trials in the Hawkesbury to preview the Country Championships qualifier.

“I quite like the horse, [but] I don’t think it’s performed to its ability when I’ve ridden it.

“I don’t think [Mack Griffith] wants it too rain affected, but I think he can run a cheeky race.”

“There are more jobs than people. We’ve got massive projects that are happening in our regions and we simply don’t have the people to fill them. 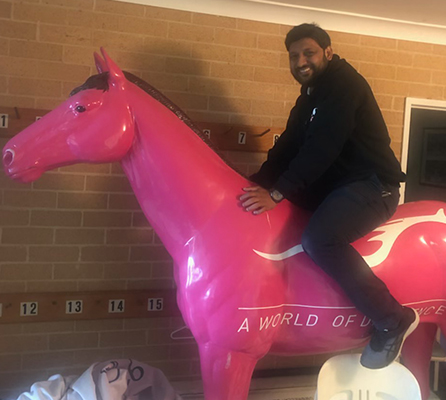