Travel times between Sydney, Newcastle, Wollongong and other regional centres could be slashed by up to 75 per cent, under a new high-speed rail plan.

The fast-rail network is being promised by the state government if elected next year, with a UK expert appointed to advise it on the planning.

But critics say the announcement comes with an eye on the March election. 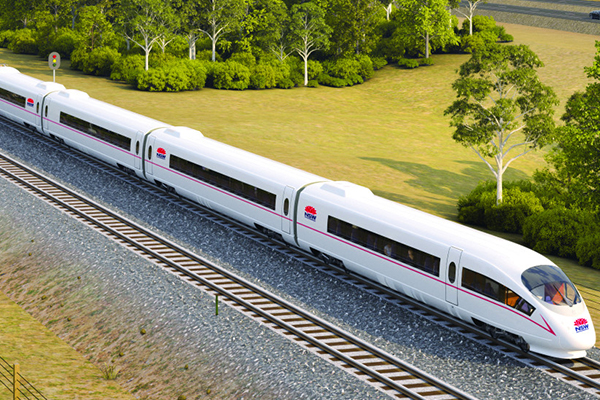 “We’ve been considering faster rail and fast rail in New South Wales for some time.

“This is the first time that we’ve looked at a network that is wholly within New South Wales.

“We are saying is, ‘If don’t start now, it’s simply going to take too long for us to even have a hope of getting fast rail’.”

A $4.6-million development study was also announced, with the Premier telling Ross, “we have to start somewhere”.

“It would be very irresponsible of me to allocate billions and billions of dollars to something that we haven’t done the work for.”

But with Sydney’s light rail project riddled with problems, Ross is asking, “What hope have we got of you building a high-speed rail?”