Why you shouldn’t buy your kids a cheap first car 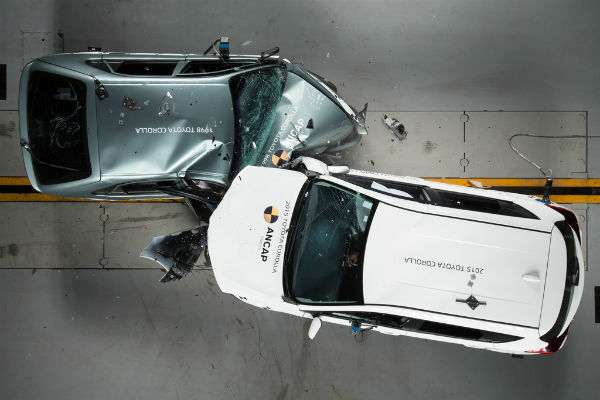 Last week, Australia’s Independent vehicle safety advocate, ANCAP, revealed the results of car to car crash testing using a 1998 Toyota Corolla in a standard crash test with a newer 2015 model. The crash test not only shows the dramatic improvements made in vehicle safety over the last 20 years but reinforces why you shouldn’t buy your kids a cheap first car. The frontal off-set crash, replicates a head-on crash, and was staged at 64km/hour. The older car sustained substantial structural failure with the dummy readings recording an extremely high risk of serious injury to head, chest and legs – the 1998 Corolla scoring just 0.40 out of a possible 16 points and achieving zero stars. The 2015 Corolla by comparison performed very well, gaining five stars and a score of 12.93 out of 16. Film of the crash test shows why you should save for a newer model for your kids for peace of mind. I’m David Berthon