V’Landys on crackdown, ‘the future of the game’ depends on it

After a spate of sin-bins across the NRL Magic Weekend, the game has come under fire for its substantial crackdown on contact with the head. Ahead of round 10, the ARL Commission declared:

– if contact is minimal, a penalty will be awarded and the player put on report.

The first two days of the Brisbane carnival saw 12 sin-bins and 17 players put on report, including a send-off.

ARLC Chairman Peter V’Landys, while conceding there were teething issues with its implementation, remains resolute.

“The referees and the bunker have done this over-conscientiously, and I take responsibility for that. But there has to be some balance to it. Over time we’ll get it right. In three or four months we’ll look back (at this) as a landmark situation where we stopped knocks to the head and the neck. And that’s the whole intention of this.”

Given the threat concussion poses to the game, V’Landys was insistent that the future of rugby league depends on the crackdown.

“I have a responsibility to give (the players) a safe working environment. The customer has to appreciate that we want our players to have a future when they get out of the game.

“We need to eradicate any hit around the head. If we don’t, the whole future of the game in 10-15 years is in doubt”. 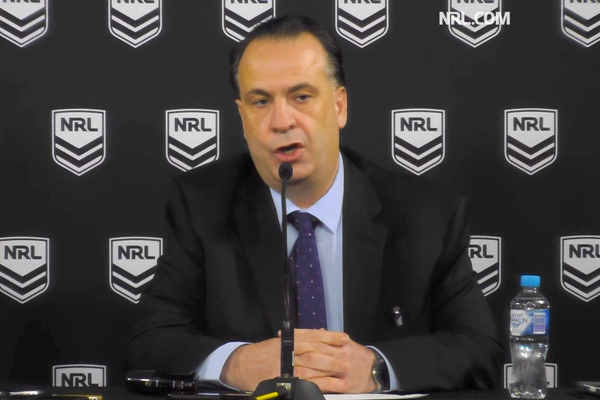