President Trump is warning Syria’s government that the US is “locked and loaded” to strike again if the Assad regime does not cease its use of chemical warfare.

The warning comes after the US, UK and France launched 3 strategic missile strikes on chemical weapon facilities around Douma over the weekend.

Keith Suter and Michael McLaren discussed the often futile pursuit of Western countries trying to effect a regime change in war-torn Middle Eastern nations. Often, sustaining peace in the region after a dictator has been removed is a difficult task.

“Part of the problem is geographical location. What we’re seeing in Syria is not just one conflict, but several underway at the same time,” he says.

“It is a mess and I hope Australia does not get involved.”

Mr Suter pointed out how the use of chemical warfare has forced Trump to go back on a 2016 electoral promise.

“He promised to get out of Syria. He was able to read the American psyche very well and their sense of combat fatigue. But the problem for Trump is that the use of gas weapons has brought him back to Syria.”

The grounds which motivated the strikes have also come into question.

“You might argue it is moral to go in there to stop the use of gas warfare. The irony is that you’d had almost half a million people killed through conventional weapons and you did not get involved. Why do you now suddenly draw a line on the use of gas weapons which have killed 2,000 people?” 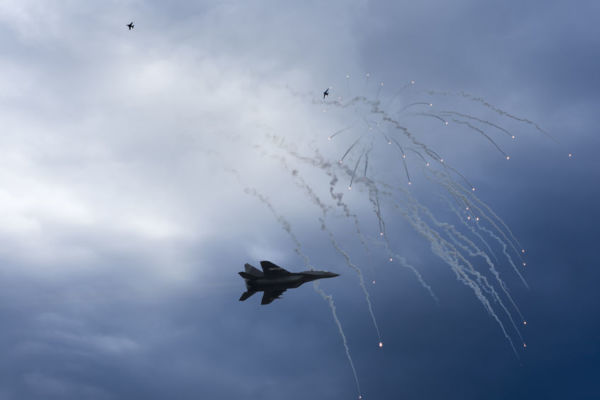