Michael is joined by Brendan O’Neill, editor of spiked and host of the Spiked Podcast, who writes that ‘the 70 million people who voted for Trump are revolting against the new elites and that we should listen.’

‘Mr O’Neill writes, ‘So Joe Biden has won the highest popular vote in the history of the US. At the time of writing, more than 73 million people have voted for him. He has beaten the record set by Barack Obama who was swept to power on that famous wave of ‘HOPE’ and 69.5 million votes in 2008.’

‘But here’s the thing: so has Donald Trump. Trump might trail Biden in the popular vote of 2020, but he, too, has beaten Obama’s 2008 record. Trump, at the time of writing, has 69.7 million votes. So he has won the second-highest popular vote in the history of the American republic. That is remarkable. Far more remarkable than Biden’s very impressive count.’

‘Why? For one simple reason. Trump is the man we’re all meant to hate. He has been raged against ceaselessly by the cultural elites for the past four years. Hardly any of the American media backed him in 2020. Globalist institutions loathe him.’

‘Academia, the media elites, the social-media oligarchies, the celebrity set and other hugely influential sectors have branded him a 21st-century Hitler and insisted that only a “white supremacist” could countenance voting for him. He’s the butt of every sniffy East Coast joke and the target of every fiery street protest. He’s the worst thing to happen to Western politics in decades, we’re told, by clever people, constantly.’

‘And yet around 70 million Americans voted for him. The second-highest electoral bloc in the history of the US put their cross next to the name of a man who over the past four years has been turned by the political clerisy into the embodiment of evil.’ 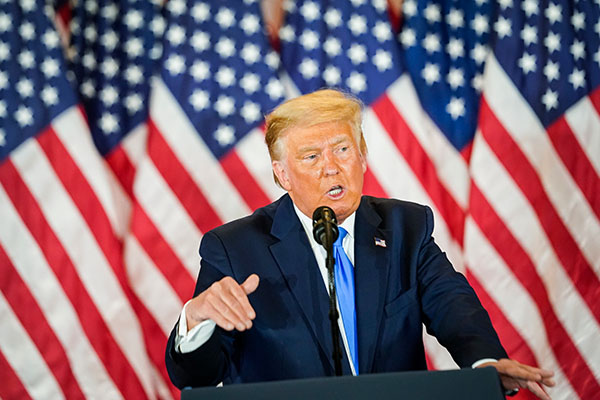