“This is the thought police”: Israel Folau saga continues

Some are saying that the controversy engulfing Israel Folau is the first defining test for freedom of religion since same-sex marriage was legalised last year.

The rugby union player has been embroiled in a war of words with Rugby Australia, after his religiously motivated comments around homosexuals and the need for them to repent.

Angela Shanahan is critical of the backlash Folau has been subjected to, as Rugby Australia continues to voice its opposition to Folau’s views.

“So if your attitude is not aligned with the ethics commissars of modern rugby or modern banking or modern whatever, you are not wanted. So much for inclusion,” says Shanahan in her article in The Australian.

“This is the thought police. It isn’t just what you say. It is what you think.”

“If Folau wants to say what he thinks, then I think he’s got the right to say it. What worries me is that you shouldn’t have these thoughts or opinions at all.”

Shanahan says the saga exposes the broader problem of when it is “permissible” for people to speak on their religious views publicly, with submissions to the government’s inquiry into religious freedoms articulating similar concerns. 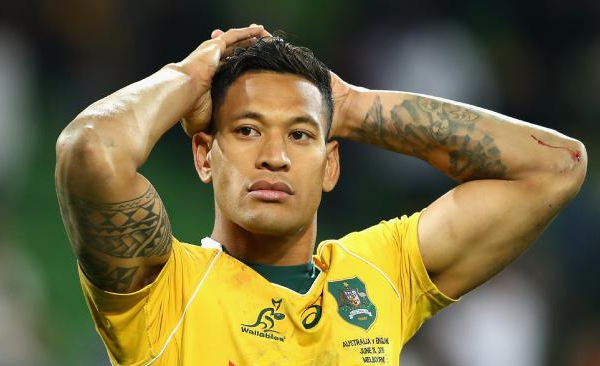