The return of locomotive 3801

The lovingly restored locomotive ran several steam train rides during a special launch last weekend at Central Station with the relaunch marking a new era for the 3801 as it returns to the tracks for the first time since 2007 to inspire a new generation of rail fans.

It will visit a variety of towns and regions across NSW, including the Southern Highlands in March, Albury, Wagga Wagga, Junee in April and Blue Mountains in May with passengers able to choose to travel in the open saloon or a private compartment car.

The iconic and widely adored steam locomotive, the only one to have visited all mainland states and territories, will also visit western NSW and northern NSW later in the year.

“Being the ‘glamour express’ it has always been a crowd favourite and attracts crowds wherever it goes”, says Mr Moritz. 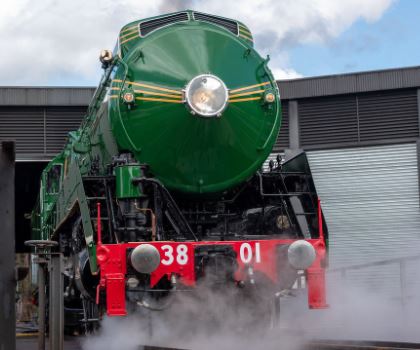