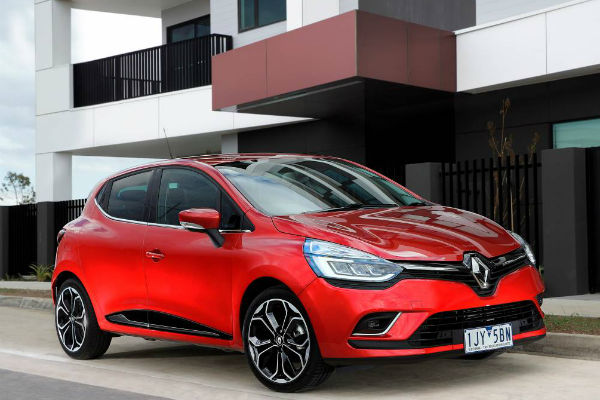 A few weeks back I road tested several Renault Clio’s – the Clio update arrived mid-year with added features new technology and sharper pricing . In my review I made an oversight in suggesting the automatic-only Clio did not have a hill-hold feature or hill start assist feature. I was wrong and on investigation I found there was one in fact fitted but it holds the car for only two seconds. Most hill hold devices hold for around five seconds hence the reason it felt like there was not one fitted. To explain, the Renault Clio’s dual clutch automatic does not hold the car in first or reverse on engine revs like a conventional automatic with a torque convertor, as such you need a hill holder to hold the vehicle as you move your right foot from brake at rest across to the accelerator. Unfortunately two seconds is insufficient time to hold the car – which is why I initially thought there was no device fitted. Interestingly, my wife brought this to my attention separately, so too several colleagues. it needs to hold for at least five seconds to be truly effective. This aside the Renault Clio’s TCT automatic is super smooth and a delight once moving – super smooth and very progressive. I have a liking for French cars, yes there a little different but they have much appeal and this updated Clio delights on the open road – with one of the only turbo engines in the light cars class – its 1.2-litre four-cylinder turbo engine lively to say the least.
I’m David Berthon