Arthur Malcolm Stace (9 February 1885 – 30 July 1967) known as Mr Eternity, was an alcoholic from his teenage years until the early 1930s, when he converted to Christianity and began to spread his message by inscribing the word “Eternity” in copperplate writing with yellow chalk on footpaths and doorsteps in and around Sydney, from Martin Place to Parramatta, from 1932 to his death in 1967. 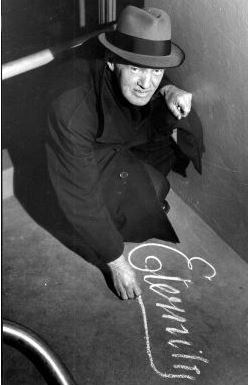