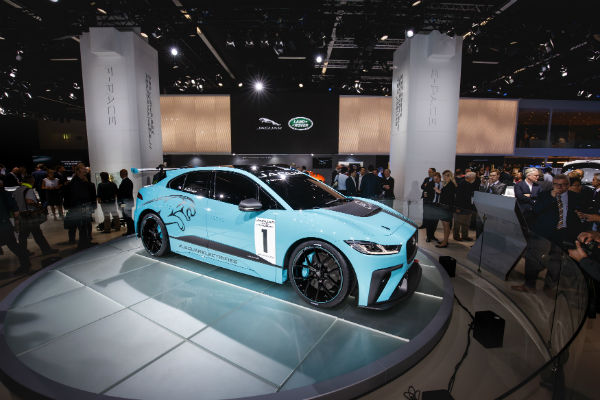 Interesting news from Jaguar/LandRover last week, announcing that from 2020 every new model will be electrified. Announced at the company’s inaugural TechFest in London the news will see all passenger cars and SUV’s from 2020 feature either a pure electric, full-hybrid or mild-hybrid powertrain. The first all-electric model confirmed is the new I-Pace SUV which will arrive in Australia late next year. Jaguar’s next upper luxury XJ saloon will more than likely be the next model to receive electrification, the technology expected to filter down to the rest of the sedan line-up including the XE mid –sized sedan. Jaguar, is also electrifying one of its most famous models, the E-Type sports car has been engineered by Jaguar Classis at the company’s new Classic works in Warwickshire – based on the iconic 1968 Series 1.5 Roadster and dubbed by Enzo Ferrari as the most beautiful car in the world, the E-Type Zero as it’s called features a cutting edge electric powertrain – and a 0 100km/hour acceleration time of just 5.5 seconds. Jaguar also claims its lithium-ion battery pack measures the same size and almost the same weight as its outgoing six-cylinder engine. Jaguar/Land Rover also claim that by 2020 they will be lighting up the lives of 1.2 million people – working with Climate Clare they will be providing clean renewable solar powered lamps to families in Kenya giving up to four hours of additional light every evening – the lamps not only allow children to study and for families to socialise more they will save money on fuel and prevent exposure to the dangerous fumes produced by kerosene lights. I’m David Berthon