Plastic packaging on fresh food and groceries are set to be banned within the next seven years, as state and federal ministers look for ways to circumvent the dire effects of Chinese restrictions on Australian recyclables.

Last week’s ministerial talks were called at a time when the industry is struggling to deal with China’s clampdown on imported recyclable materials.  China has closed off its recycling market to Australian waste exports,  leaving some waste companies stockpiling materials here and facing the prospect of sending them to landfill.

CEO of the Waste Management of Australia Association, Gayle Sloan, says she hoped more would come from the meeting.

“We were hoping for a little bit more. There was more they could do now and not just in the medium to long term,” she says.

The CEO explains China’s prohibition has exposed a weakness in our domestic recycling market that needs rapid solving.

“The issue in Australia is that we just don’t have people buying back the products,” she says.

“We’ve got a market that is collecting it and a market that’s processing it, but we don’t have the buying back of the products.”

With China taking in more than 30 million metric tonnes of waste from across the world, their embargo means we have to fill the void if recyclable waste is to avoid landfill.

“(With this ban) we have an opportunity to grow the manufacturing base in Australia and we need to do it quicker than 8 years.” 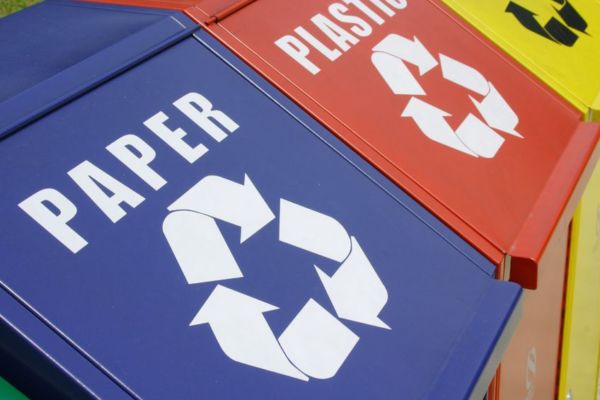