Ms Berejiklian fronted up to all of Ben’s questions in his final show of 2017, including on the much-maligned Container Deposit Scheme.

Premier Berejiklian, “Look Ben, we always knew it would be a challenge implementing the scheme. The scheme itself, I believe is absolutely a great scheme… but there’s no doubt the teething problems are there.”

As for the heavily criticised stadiums plan Ms Berejiklian agreed with Ben’s statement the $2 billion dollar bill “has gone down like a lead balloon.”

“I completely get why people would think that in the first instance.

“But over the same period that we’re building Allianz and ANZ we will be spending more than $200 billion on health and education alone.

“Believe me, I’m the most frugal one around the cabinet table. I would not spend a tax payer dollar unless I thought it was the right thing to do.”

As for the Christmas break… the Premier has some very simple plans. 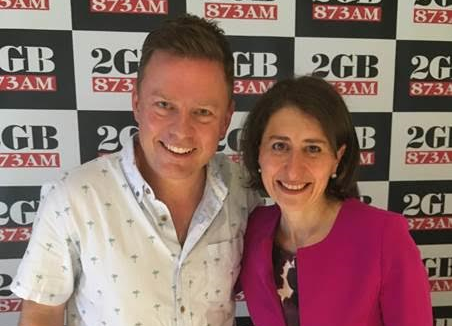