Labor have been out in full force this week, perpetuating a doom and gloom narrative about the Federal Government’s plan to regulate marine parks.

On Wednesday, the government introduced changes to the regulation of 44 Australian marine parks. If approved, the changes would reduce the ‘green’ conservation areas in the Coral Sea from 50% to 25%.

Labor is contesting the move on environmentalist grounds, saying the plan would remove more area from conservation than any other government has done in the world.

But the Federal Environment and Energy Minister opposes Labor’s claim.

“ There is nothing wrong with sustainable fishing practices being conducted in these areas, in a way that is consistent with a healthy ecosystem and biodiversity,” says Josh Frydenberg.

“We’ve put in place a more balanced, targeted and evidence-based sustainable set of management plans under which we will see Australia’s 5 million recreational fishermen get access to more then 400, 000 additional kilometers of area,” says the Minister.

The move is also set to protect commercial fishermen, who rely on catch from the marine park area.

Mr Frydenberg also addressed new reports that Sydney could be forced into darkness if AGL fails to implement its full plan to replace power lost to the 2022 planned Liddell coal shutdown.

“We raised issues with the amount of dispatchable power that would be in the system should Liddell be closed in 2022.”

The unreliable energy that the close could facilitate was deemed a security issue by the Minister.

“ Clearly reliability of the energy market is a security issue. We see an urgency is ensuring there is sufficient reliable power in the system.” 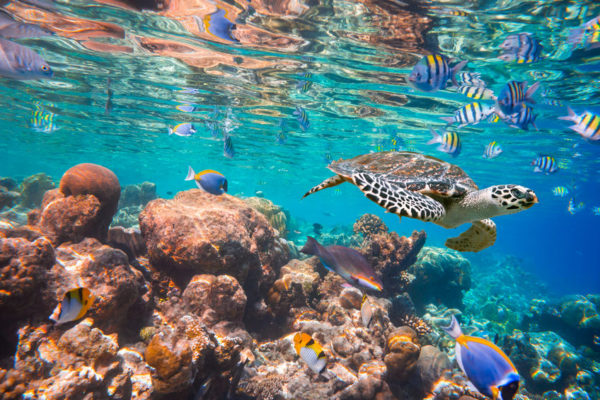