Donald King (born August 20, 1931) is the American former boxing promoter known for his involvement in historic boxing matchups as well as his flamboyant manner and outrageous hair styled to stand straight up.

He has been a controversial figure, partly due to a manslaughter conviction and civil cases against him, as well as allegations of dishonest business practices by numerous boxers.

King’s career highlights include seven of Ali’s title bouts, including the legendary “Thrilla in Manila”, the 1975 fight between Ali and Joe Frazier that was viewed by more than a million people worldwide earning Ali $6 million. 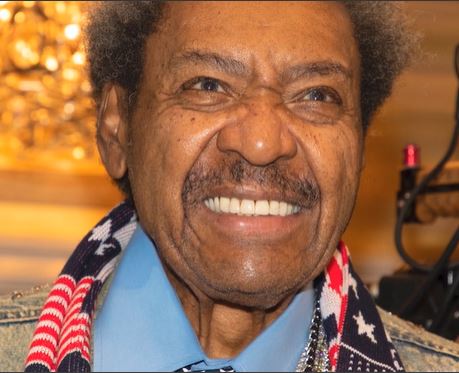