When four-year-old Alessio got stuck in a lollipop tin, the whole cavalry was called in to free him.

The toddler was playing with a knee-high Chupa Chups bucket in his Melbourne home when he became trapped. 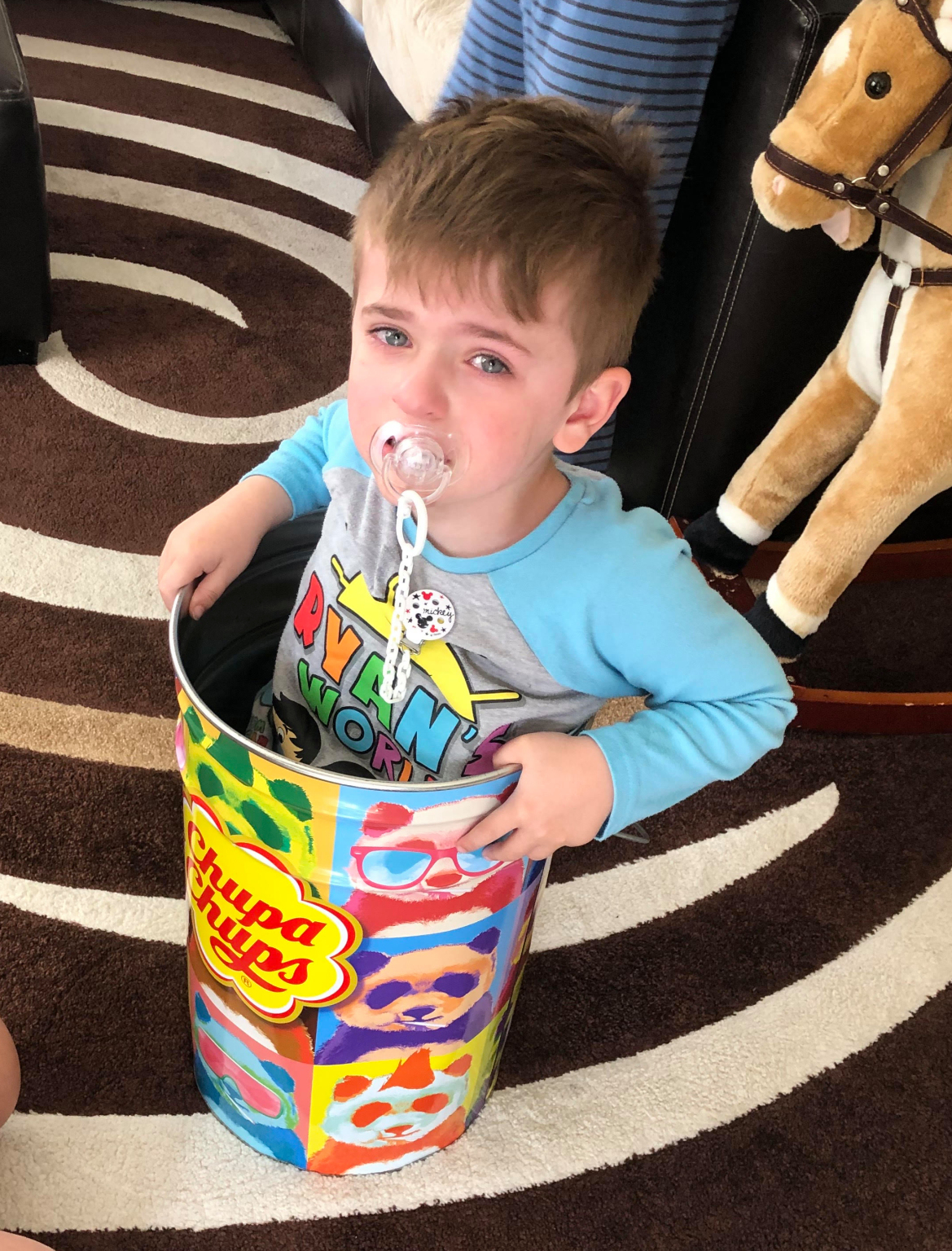 Little Alessio is “totally fine” now, mum Sheree Caruso told Jim Wilson, but at the time she had no idea how the situation would pan out.

“He’s got into it in the past, but he’s obviously grown since he tried last.

“He’s … tried to sort of kneel down, and became very, very stuck.”