A prominent real estate agent is fighting to save his career after asking whether gym equipment he wanted to buy was made in China.

Matthew Scafidi, director of a Jellis Craig Real Estate franchise in Victoria, posted on his personal Facebook page asking if a piece of gym equipment was made in China, writing, “Wanting to avoid Chinese-made products if I can”.

He has been stood down after the since-deleted post attracted criticism online from the Chinese community. (See post below)

“There’s nothing in it that was racist,” Ben Fordham said.

“But the mob never misses an opportunity to cry racism.

“If that is ground to be stood down and sacked, we are in big, big trouble.”

Jellis Craig Real Estate CEO Nick Dowling issued an apology to the public and said in a statement: “I think the comment is appalling, it’s unacceptable and it goes completely against the grain of what we are about”.

Press PLAY below to hear the details in full 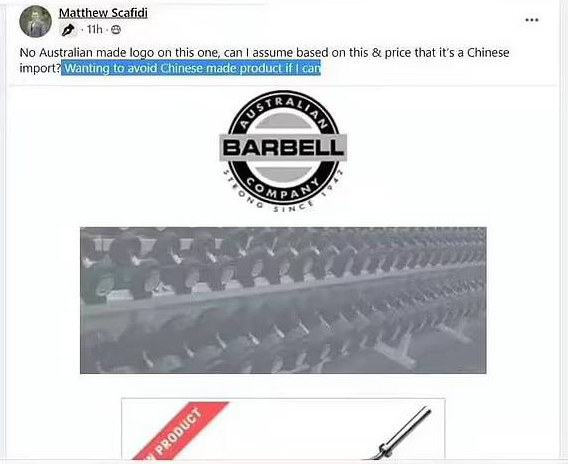