Two men have been seriously injured following a three-truck crash in Sydney’s south this morning.

At about 7.30am, two small trucks were parallel parked on Vanessa Street at Kingsgrove when a third truck ran into the back of them.

The driver of the first truck had been unloading from the back when the incident happened.

The force of the impact pushed the second truck into him, pinning him between the two vehicles and causing significant leg injuries.

He was freed and taken to St George Hospital in a serious but stable condition.

A male passenger in the third truck was trapped in the vehicle for approximately 40 minutes before being freed by emergency services.

He suffered injuries to his head and legs and was also taken to St George Hospital in a serious but stable condition.

The male driver of the third truck has undergone mandatory drug and alcohol testing and is assisting police with their inquiries. 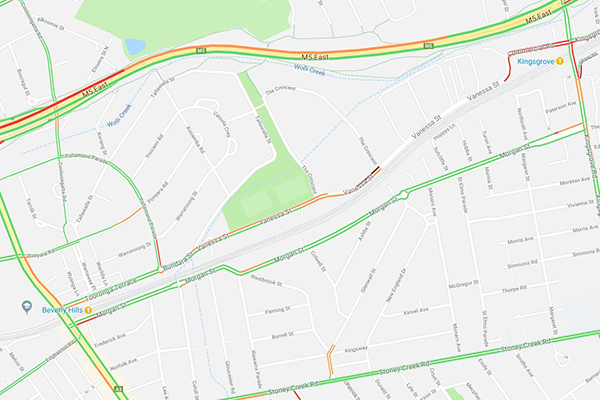