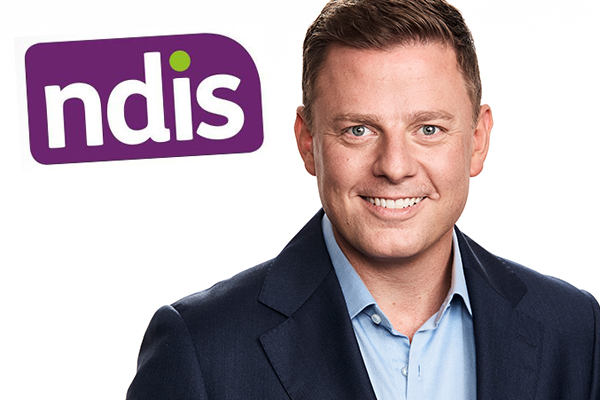 Last year, he revealed the great work at Disability Services Australia (DSA) was being stunted by the introduction of the NDIS.

The organisation was created by a group of parents to create employment opportunities for their children with a disability.

Because of the NDIS, disabled people who wanted a job couldn’t get one straight away, and instead had to wait nine months until they started work.

And it resulted in a 75 per cent drop in numbers.

But today, Ben, who has visited the DSA and toured their facilities, has some incredible news to share.

Minister for Social Services Paul Fletcher has announced barriers people were experiencing when trying to access work, have been removed.

In an email to Ben, DSA’s Operations Manager Heath Dickens wrote the following:

Just wanted to advise you of a positive development in regard to an issue we have discussed with you on your 2GB program last year.

As you may recall, DSA had experienced a significant reduction in people with a disability accessing employment due to NDIS implementation issues.

We discussed this with you on your program and you subsequently interviewed then Assistant Minister JANE PRENTICE regarding the same issue.

We are still waiting for further detail however this is a very positive step in the right direction for people with a disability.

We would like to extend a sincere thank you for the support you have shown regarding this issue.

Your ability to raise awareness of this matter with Government has no doubt gone a long way toward it being resolved.

Thank you again on behalf of the people with a disability we support.

“It’s the best news we’ve had for quite some time.

“This issue had the potential not just to shut down DSA… but the entire sector.”

“They’re able to do a diverse range of work, so it’s very important that we’re encouraging, and not putting barriers in the way of people with disability being able to work.

“Thank you, Ben, for your advocacy, because I really think it made  big difference.”